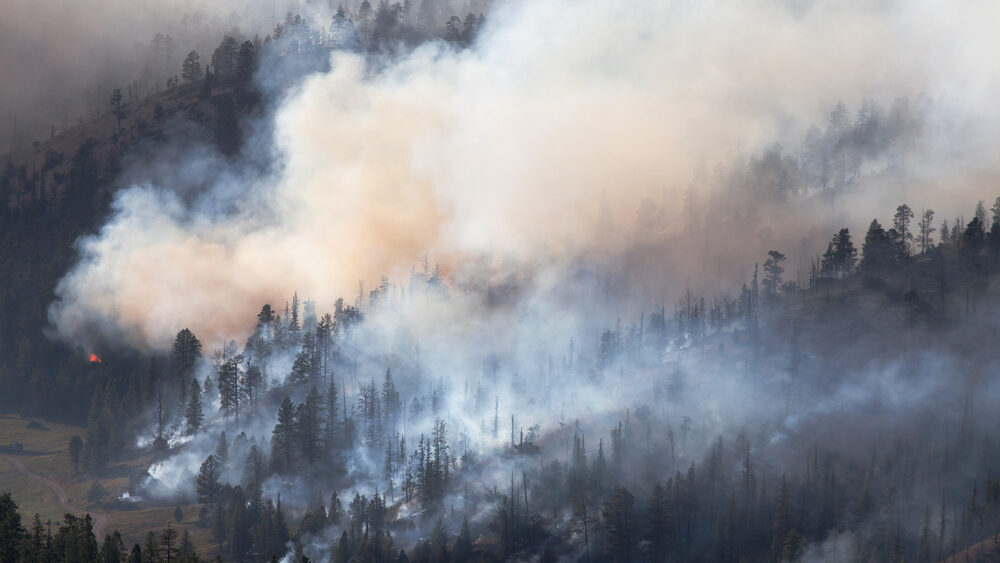 26-year-old Cory Allan Martin told law enforcement that he was simply “using a lighter to burn a spider” when he sparked the wildfire which has burned more than 60 acres of U.S. Forest Service land.

Per PEOPLE, jail records confirm that Martin, who is from Draper, Utah, was arrested Monday evening for investigation of reckless burning.

The outlet reports that dispatchers started receiving calls about a fire at approximately 5 p.m. on Monday.

Officials arrived at the foothills east of Springville, where they encountered Martin, who admitted responsibility for starting the fire. He was escorted down the mountain to speak with deputies from the Utah County Sheriff’s Office. According to a statement, Martin “told law enforcement he was using a lighter to burn a spider” but the lighter instead ignited dry bush in the area, which had been experiencing a drought.

The fire began to spread rapidly. Martin was taken into custody at the scene.

The 26-year-old is also facing possession of a controlled substance and drug paraphernalia charges, after a search of his bag turned up marijuana and related accessories.

It is unclear whether Martin has entered pleas to his charges.

On Wednesday morning, the Springville fire was reported to be 90 percent contained.

According to a statement from Utah Wildfire Info, an information center for state and federal firefighters, “firefighters will hike the right and left flanks, continuing to secure the perimeter and checking interior for hot spots where safe to do so.”