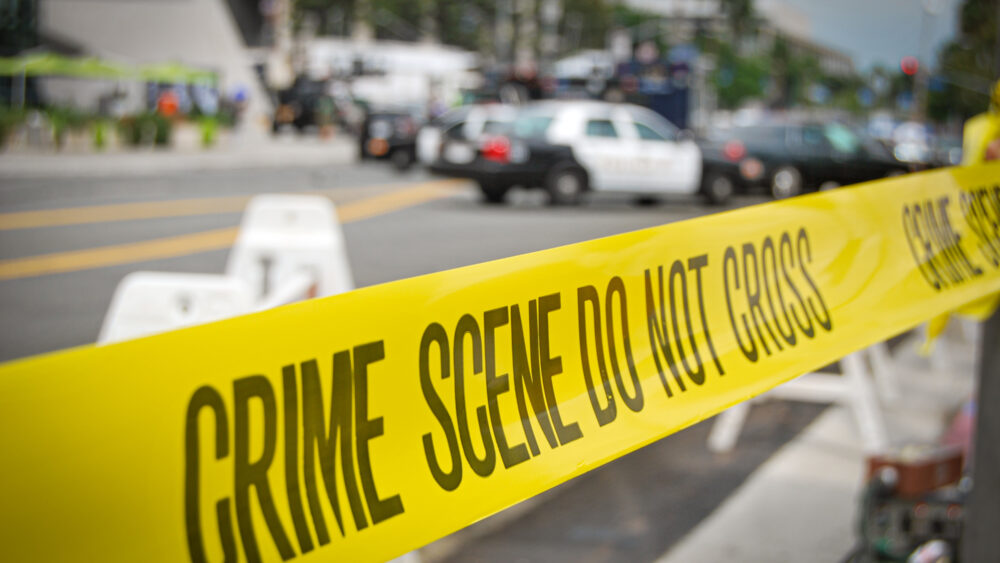 A family celebration ended in tragedy this past Thursday, when a 25-year-old Pennsylvania man was killed by a stray bullet while eating Thanksgiving dinner with his family.

Edilberto Miguel Palaez Moctezuma was inside his home in Norristown, PA when he was struck in the torso by a stray bullet which entered through a window, KFOR.com reports. Palaez Moctezuma was unresponsive when police arrived, and later pronounced dead after being flown to a hospital.

Investigators suspect that the bullet was fired by 19-year-old Kevon Clarke, a Norristown resident who had been involved in a dispute earlier in the day at another Thanksgiving gathering. According to a press release issued by the Montgomery County district attorney, Clarke and his girlfriend had been asked to leave, but were soon contacted by his girlfriend’s cousin about some alcohol that “was discovered missing” from the party. The report states that the girlfriend’s cousin arranged to pick up the alcohol outside of Clarke’s residence, but she fled in her car when Clarke came out of the building with a gun and began firing.

Police say that the bullet which killed Palaez Moctezuma was traced back to seven other projectiles. In the press release, the DA confirms that Clarke was not permitted to own a gun, and did not have a license for the weapon. He is currently still at large.

“Mr. Palaez Moctezuma was murdered while eating Thanksgiving dinner inside his home, and to be clear, he and his family were not involved in the dispute between Clarke and others,” said Montgomery County District Attorney Kevin R. Steele. “This is the second innocent bystander killed this year by a senseless dispute that turned to gun violence by someone who is not even legally able to own a gun. We hold the people involved in this kind of violence accountable here in Montgomery County. We will find this shooter and the others involved in this killing and seek justice for the murder of an innocent man, who wasn’t safe even in the confines of his own home.”

Authorities request that anyone with information as to the whereabouts of Kevon Clarke contact the Norristown Police Department at 610- 270-0977 or call the Montgomery County Detectives’ Tip Line at 610-278-DOIT (3638). Tipsters can also submit information via text through the STOPit! app.