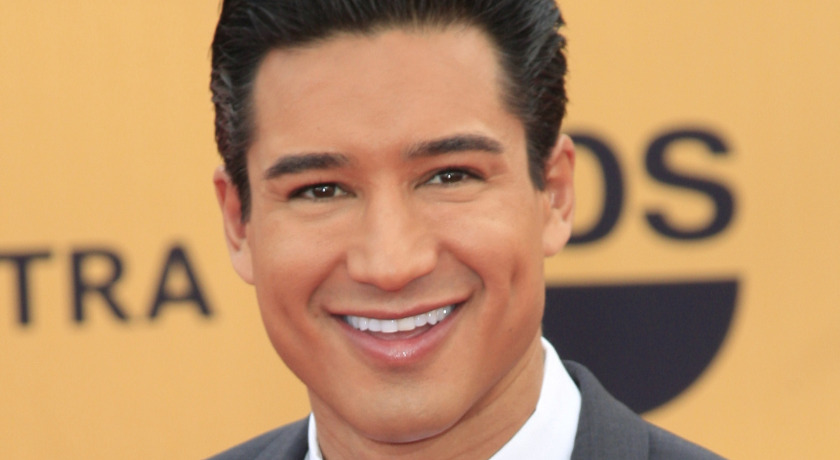 We all know Mario Lopez, whether he was your middle school crush in the 90s sitcom, Saved by the Bell, or you found him later in life on shows like Extra or Access Hollywood. You might even know about his dedication to fitness. But you may not know why Lopez is so dedicated to keeping his body in shape.

When Lopez was a child, his parents discovered that his stomach wasn’t fully formed, and so he couldn’t digest food properly, causing him to drop nearly half of his weight.

“When I was little, my stomach wasn’t fully formed or something,” he explained on Barstool Sports’ podcast Pardon My Take in 2021. “I was born eight-and-a-half [pounds] and I whittled down to four [pounds] because I couldn’t hold anything in.”

After countless attempts of seeking medical treatments, and even having a priest bless Lopez in fear that he would die, his father, Mario Sr., took it upon himself to seek alternative medicinal approaches with a Mexican bruja, or witch doctor.

“It sounds crazy, but my dad sort of kidnapped me from the hospital and took me to this bruja which is like a Mexican witch doctor down in Ensenada in Mexico,” he said on the podcast.

He explained that this same woman helped his dad years prior.

“The lady had fixed my dad’s leg that he thought was going to have to be amputated earlier because of some accident, but she ended up squaring it away.”

“She had [my father] mix this crazy concoction into Carnation Milk,” he continued, “and she gave it to me. And slowly, I started getting better.”

Although he seemingly recovered from this health crisis early on in his life, he still suffered from digestive issues as he grew older. He talked with Dr. Kellyann Petrucci – a doctor you may recognize from her frequent appearances on the Dr. Oz Show as well as multiple specials on PBS – about handling his digestive problems.

“I got to where I was talking to anyone who would listen,” he told Petrucci. “One day, I was working out with a friend of mine and I had to race to the bathroom. When I told him about my issues, he told me he used to have the same problem until he found out about bone broth…and how it helped fix his digestive issues.”

Dr. Kellyann specializes in dieting and various digestion treatments, including her own bone broth, in which Lopez gave credit to helping him improve his digestion.

“I have never felt better,” he continued. “My stomach is settled. My digestion has improved. I was pleasantly surprised that [Kellyann’s] Homestyle Bone Broth worked the way it did. I thought I was going crazy at first, like there’s no way adding this one thing to my routine could do so many things for my health…but it did. It absolutely did!”

On top of using bone broth, Lopez also prioritizes physical activity to stay in shape. He practices boxing and martial arts, as well as taking yoga and spinning classes with his wife, Courtney Mazza.

“I think your health should be a top priority,” he told Men’s Health in 2021, “because if you don’t have that, what does anything else matter? I want to just be healthy and be around as long as I can, to be able to be there for my family.

“It’s a lifestyle, really,” he continued, “it’s allowed me to handle this insane schedule at my age, and to have a lot of energy, like right now I’m going from the gym to Access Daily.”

Lopez acknowledges his age, now almost 50, as something to consider and be careful with when working out.

“I’ve forced myself to slow it down,” he said. “As you get older, you can’t necessarily match the same intensity, you have to work out a lot smarter, especially in the very physical sports that I do. I was getting injured […] You have to be extremely limber, and I’m incorporating a lot more stretching and trying to dedicate more time to that in my routine.

“But I’m going to keep doing it until I literally can’t, and I’m broken down and decrepit!” he concluded.