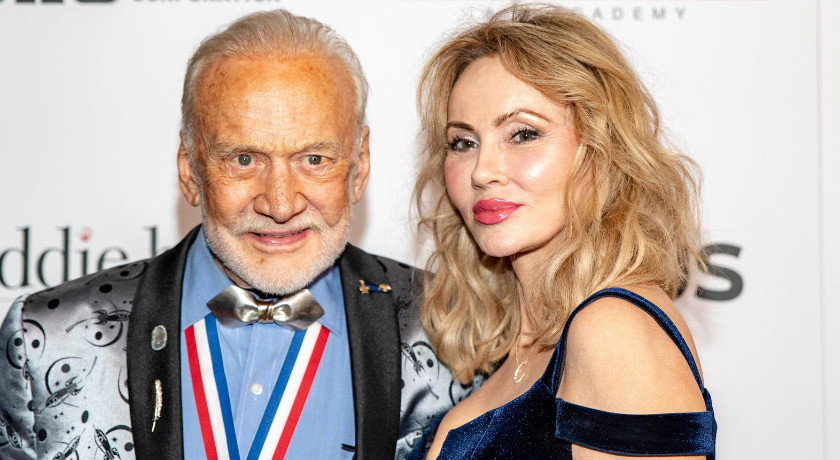 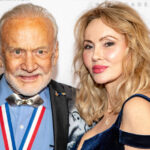 Edwin “Buzz” Aldrin, retired astronaut most known for his trek to the moon in the Apollo 11 mission, celebrated his 93rd birthday on Friday by getting married to his “longtime love”, Dr. Anca Faur.

He revealed the news on Twitter minutes before the start of the 20th annual Living Legends of Aviation award ceremony hosted by John Travolta.

“On my 93rd birthday & the day I will also be honored by Living Legends of Aviation,” he wrote, “I am pleased to announce that my longtime love Dr. Anca Faur & I have tied the knot. We were joined in holy matrimony in a small private ceremony in Los Angeles & are as excited as eloping teenagers.”

The tweet was posted with two photos of the couple dressed in their wedding attire; Buzz wearing a tux with various pins on the jacket, and Anca wearing a white gown glittered with rhinestones.

Anca currently serves as the executive VP of Buzz Aldrin Ventures, and is Aldrin’s fourth wife at this point in his life. He was married to Jane Archer in 1954, a marriage that lasted 20 years and welcomed three children: James, Andrew, and Janice. His second marriage was from 1975 to 1978 to Beverly Van Zile, and his third was to Lois Driggs Cannon, who he was married to from 1988 to 2012.

On Friday, the newlyweds also attended the Living Legends of Aviation award ceremony, according to Justin Lips, a spokesperson for the organization.

“[Aldrin] was honored and celebrated last night at the 20th Annual Awards for his lifetime of accomplishments,” Lips said. “He was joined by his new bride, Anca, and several family and friends.”

In addition to Aldrin being honored at the ceremony, William Shatner also received the Aviation Inspiration and Patriotism Award . He is not only a pilot himself, but is also the oldest living person to travel to space (90 years old at the time) when he flew on the Blue Origin, Jeff Bezos’ space shuttle, in 2021. Captain Kirk rejoiced in trekking the stars once again and was honored for it this past Friday.

Buzz was the second person to walk on the moon back in 1969 as part of the Apollo 11 mission. He first flew in a plane at 2 years old with his father. According to the Living Legends of Aviation website, this is only one of a list of accomplishments that Aldrin achieved in his life as an astronaut and pilot.

“Astoundingly, walking on the moon barely tops the very long list of successes that have defined his life as a pilot, military and scientist, astronaut and one of the country’s most forward-thinking futurists,” while also having flown 66 missions in Korea.

In 2019, Buzz celebrated the 50th anniversary of the Apollo 11 moon landing. He tweeted about the importance that the groundbreaking event provided, even today.

“Looking back, landing on the moon wasn’t just our job,” he wrote, “it was a historic opportunity to prove to the world America’s can-do spirit. I’m proud to serve the country that gave me this historic opportunity. Today belongs to you. We must hold the memory of #Apollo11 close. #Apollo50th.”