Melissa McCarthy and Ben Falcone--A Hollywood Relationship that Works and Why... 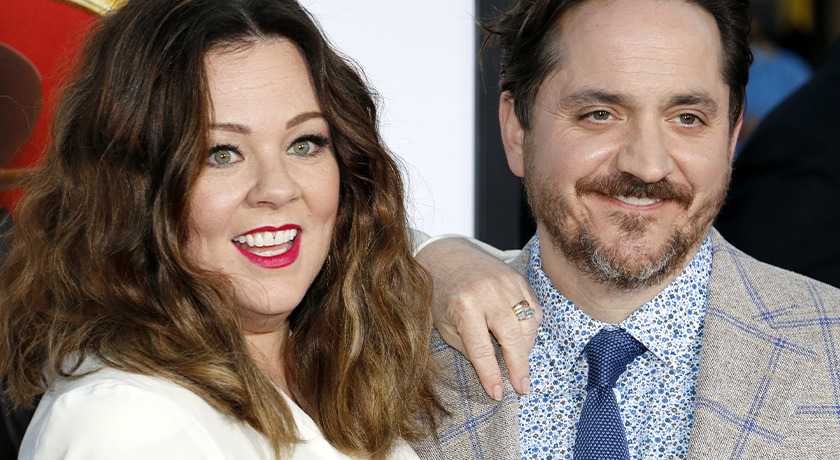 Hollywood couples come and go in all sorts of ways, whether the two met on set of a movie, at a celebrity birthday party, or after an award show. Melissa McCarthy and Ben Falcone first met back in the 90s, at a comedy writing class in LA. After seeing him perform a skit in class, “Oh, he’s strange. I like him. And we were friends from, like, day one.” They have since stayed together in their beautifully goofy relationship

Fast forward a few years, in 2003, they shared the screen together for the first time on an episode of Gilmore Girls, in which McCarthy portrayed Sookie St. James, a recurring character in the series. Falcone made a guest appearance on the show in season three.

The Hollywood pair solidified their relationship by getting married in 2005. In an interview in 2013, both Melissa and Ben said they were “hit with the lucky stick,” to which Ben added, “From the very first time we spoke, we were on the same page.”

They welcomed two children together: Vivian in 2007, and Georgette in 2010. After their second baby, McCarthy talked to People about her experience as a mother of two, joking, “My husband says it’s like he’s married to a 90-year-old because I just go out mid-sentence.”

Their careers would really kick off in 2010, when Melissa starred as Molly in the sitcom Mike and Molly alongside Billy Gardell. Just a year later, McCarthy made her big screen debut as the kooky sister-in-law, Megan, in the classic comedy Bridesmaids, in which Falcone made a cameo, playing an air marshal who shares an infatuation with Megan. The couple were in a few scenes together, including the hilarious scene at the end involving a video camera and a giant sub sandwich. If you’ve seen it, you know which scene I’m talking about.

The pair would go on to start their own movie production company, On The Day Productions. Together, they wrote and produced the comedy films, Tammy, Life of the Party, and The Boss, all of which McCarthy starred as the lead role. In a joint statement to the Hollywood Reporter, the couple stated, “We’ve been writing together for longer than we’ve been married,” while expressing their happiness for their production company finally becoming a reality for them.

On the home front, Vivian is now 15, and Georgette, 12. Melissa spoke about their children’s futures, having both already made acting cameos in The Boss and Thunder Force alongside their mother, saying, “I think we both just want them to do something they really love and to feel good about themselves doing it…It could be a gecko catcher in the Galapagos Islands or could be acting…”

I think the biggest takeaway from their 17-year-long marriage is that they found someone who shared the same goals and was their best friend.