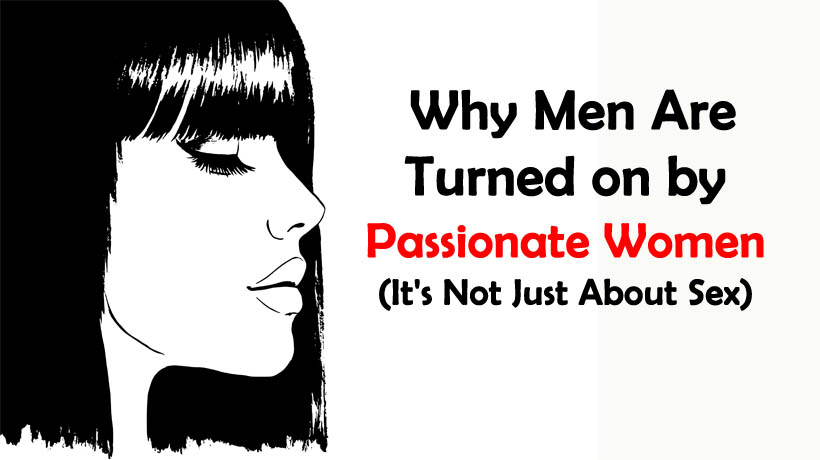 Some women are deeply invested in all that they do – whether it’s a lifelong pursuit, a career or even love. These women are the passionate kind. And it’s easy to see why men might gravitate toward them:

She won’t sugarcoat how she feels
He won’t ever have to wonder or stay guessing when in the presence of a passionate woman. Her direct demeanor is like a breath of fresh air. She isn’t one to play mind games. In order to get ahead in life, she understands that she needs to ask for exactly what she requires, and make it clear the things she won’t stand for.

She loves deeply – all or nothing
She wears her heart on her sleeve, so when she takes interest in a man – she’ll make it known. She doesn’t believe in sitting back and watching how the cards will unfold; she’ll be the one to do the bidding, if necessary. She doesn’t believe in giving anything less than 100 percent. If she ends up getting hurt, she knows she gave the relationship her best.

She won’t settle for less
Passionate women know their worth. And if they come across an opportunity that falls short of what they think they deserve, they’ll speak their truth. Not only is she confident in what she has to offer, she strongly believes in the value of others as well, encouraging them to speak up in times of unfair treatment.

She isn’t afraid to take risks
When these women have their minds set on a specific goal or mission, they know that the greater the risk, the sweeter the reward. She’d rather try and fail than regret not trying at all – at least she learned.

She’s always bettering herself
She prides herself in being willing to explore new ways of self-development – whether it’s taking a course or visiting a city with a different culture. She knows that change is often necessary to get ahead.