‘My Husband's Deadly Disease Remained Undiagnosed Until It Was Too Late’ 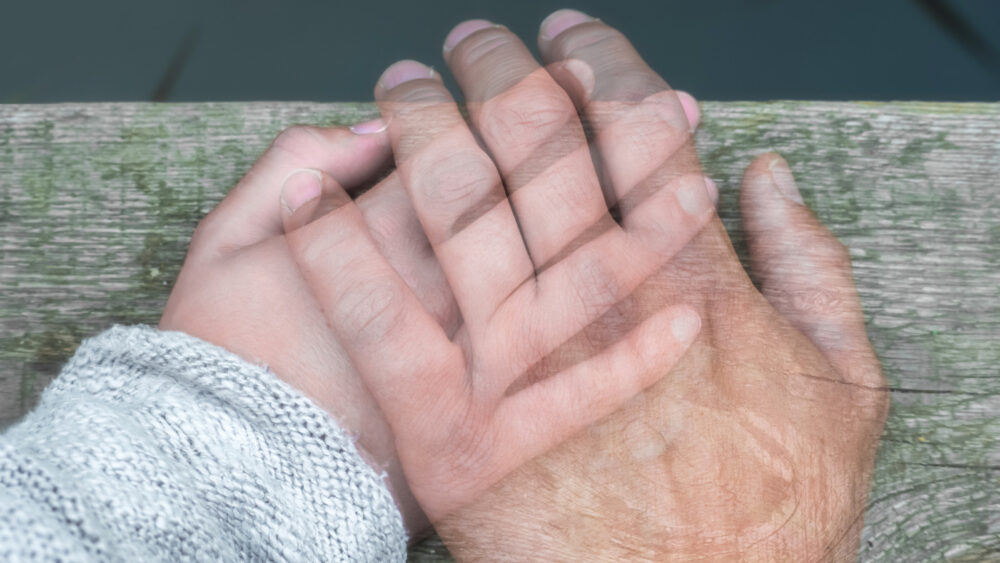 Featured image via Shutterstock and does not show Nicole and Russ. Photo for illustrative purposes only.

Nicole Bell is telling the story of how she lost her husband to undiagnosed Lyme disease on Today.

In 2016, Bell got a call at work from the house alarm company. Apparently, her husband, Russ, who had just finished picking up the kids from school, had arrived home and wasn’t able to turn the blaring alarm off.

However, when Bell returned home, everything appeared to be fine. Still, there were a couple small, but notable incongruencies. Russ asked repetitive questions, and forgot what time to pick up the kids.”He couldn’t remember the alarm code — the same one we had used for years,” Bell said.

According to Bell, things between her and Russ weren’t great even before the alarm company incident.

“He was moody and irritable. He was angry. I thought we were headed toward divorce. But now I know those were the very first signs of tick-borne illness,” she says,

Nicole Bell describes her husband as someone who was very “outdoorsy,” and Lyme disease was actually one of the first things that came to mind when she was researching probable causes for her husband’s cognitive decline.

Bell explains that the reason she let that train of thought go was because “Russ had never had a fever or a rash associated with ticks that we knew of, and when tested with the standard Lyme screener had come up negative.”

Bell continues, saying “We also got bloodwork from an integrative medicine doctor to take a deeper look at what was happening with Russ. It showed nothing out of the ordinary. Tick-borne illnesses, like Lyme, fell off my radar. Russ went to a neurologist for cognitive testing and his decline was far worse than I even suspected. He wasn’t able to do simple math patterns that my 6-year-old could easily do at the time. He was a computer scientist and electrical engineer. I was flabbergasted. The neurologist said he either had a stroke event or Alzheimer’s.”

To add to the growing confusion, an MRI showed that Russ had not had a stroke event. In addition, a PET scan showed severe deficiencies in metabolism patterns, consistent with late-stage Alzheimer’s. However, Russ was only 60.

Doctors did consider Early Onset Alzheimer’s, but such a rapid cognitive decline is not typical unless there is a genetic component, which was not present in Russ.

After nine months, Bell finally accepted her husband’s diagnosis of Early Onset Alzheimer’s until she spoke with her brother, Scott, whose wife had been suffering from chronic illness for years and had just been diagnosed with multiple tick-borne illnesses. Scott told Nicole Bell that he thought Russ might be suffering with the same disease.

With this lightbulb moment, Nicole Bell had Russ tested with a PCR test, which looked for the organism itself rather than the antibodies. Russ tested positive for three tick-borne infections.

“We had wasted 15 months. Still, there was hope. Infections, at least, can be treated. So that’s what we did. And the next year can only be described as a roller coaster. Antibiotics would help, and then Russ would come off them and decline. Some of the more well-known symptoms of Lyme came up — joint pain, swelling in his knees. But cognitively, he continued to decline,” Nicole Bell writes.

After 18 months of treatment, Bell made the difficult decision to move Russ to a respite care facility.

“For a time, Russ was OK,” Bell said. “He had socialization I couldn’t provide at home. He was receiving good medical care. I visited him almost every day and helped with showering and things of that nature. It went on that way until March 2020. Then COVID hit, and I couldn’t see Russ for six months.”

When Bell finally did see her husband, it was because he was moved to a hospital due to a seizure. By September 2020, Russ had lost “so much” weight. Nicole Bell once described her husband as someone who was “the life of the party.” Now, he was “vacant.” Bell even believed that her husband no longer recognized her.

“I wanted to honor his life, but also to raise awareness for tick-borne illnesses,” Nicole Bell said.

To learn more about Lyme disease and its symptoms, visit the CDC.