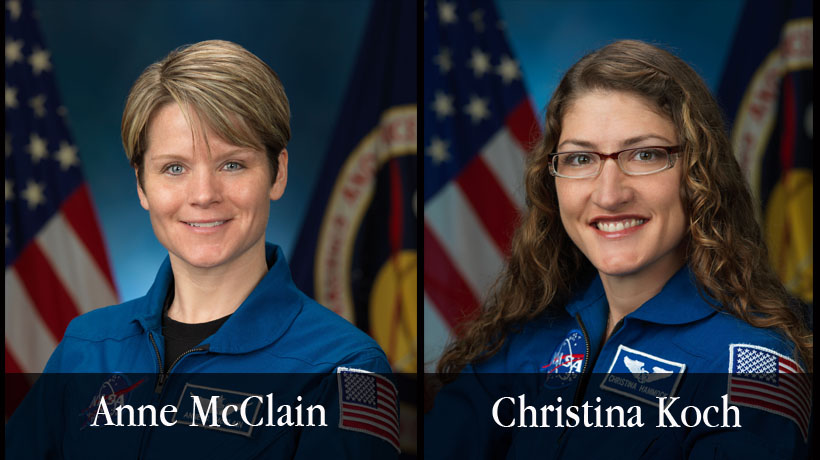 In early March, news broke that the National Aeronautics and Space Administration (NASA) had scheduled the first all-female spacewalk for Friday, March 29.

Now, NASA has announced one of the female astronauts needs to be replaced by a man – but only on a technicality. According to an emailed statement from the Houston-based Johnson Space Center, the two women have a similar build and they only have access to one spacesuit in that size. Therefore, they have to share it one at a time.

The March 29 spacewalk is the second in a series of three spacewalks with co-ed astronauts from both NASA and the Canadian Space Agency. The first spacewalk was March 22, where NASA astronauts Nick Hague and Anne McClain worked on installing powerful lithium-ion batteries for one pair of the International Space Station’s (ISS) solar arrays.

McClain and Christina Koch were preparing to do the March 29 spacewalk together to continue that work. However, after McClain’s first spacewalk, NASA says she realized a medium-sized hard upper torso (what NASA calls the “shirt” of the spacesuit) fits her the best.

NASA says they can only have one medium-sized torso ready by Friday, March 29. Therefore, mission managers have changed assignments, so Hague is set to do the second spacewalk with Koch.

Both female astronauts will still do spacewalks; however, they aren’t scheduled to perform them together anymore.

This wouldn’t have been the first time two female astronauts were in space together. The record for most women in space happened in April 2010 when women from two spaceflight missions met at the ISS. This included Tracy Caldwell Dyson (who flew on a Soyuz spacecraft for a long-duration mission), NASA astronauts Stephanie Wilson and Dorothy Metcalf-Lindenburger and Japan’s Naoko Yamazaki, who arrived aboard the space shuttle Discovery on its brief STS-131 mission.