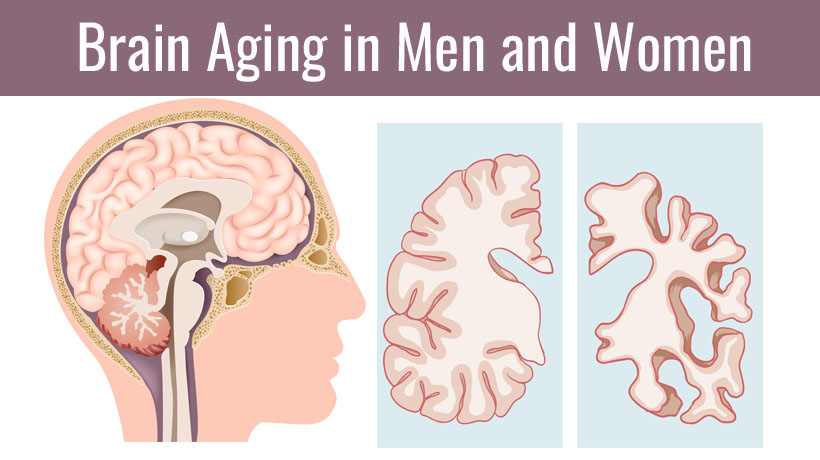 There’s been evidence to suggest that women tend to outlive their male partners by several years. Now, a study reveals that women’s brains may also age slower than those of men. The recent study published by the Proceedings of the National Academy of Sciences of the United States of America suggests that women’s brains remain youthful longer, while men’s tend to wind down faster toward old age. When looking at metabolism, the study shows that while age reduces the metabolism of all brains, women retain a higher rate throughout the lifespan.

This news is another discovery in a series of works that have identified sex differences in the brain. The latest study suggests that because female participants had a younger brain age relative to males, this may mean women are better equipped to learn and be creative in later life. It’s an interesting finding, and good news for many women who are excited to live their lives to the fullest into old age.

However, some women’s brains experience a dramatic metabolic decline around menopause, leaving them vulnerable to Alzheimer’s disease, according to Roberta Diaz Brinton, director of the Center for Innovation in Brain Science at the University of Arizona Health Sciences. She believes this is especially in some women going through menopause, especially those who carry a gene variant called APOE4, which increases a person’s risk of developing Alzheimer’s, or those who have risk factors for Type 2 diabetes. As a result, even though women’s brain metabolism is higher overall it isn’t necessarily indicative of more optimistic brain function indefinitely.

This study involved Regional PET imaging data from a group of 205, 20- to 82-year-old, cognitively normal adults participating in six different studies at the institution. Scans of these people looked at metabolism by measuring how much oxygen and glucose was being used at many different locations in the brain.

However, for some people there was a big difference between their brain age and their chronological age. On average, women’s brains appeared about four years younger, but it’s still not clear why. What scientists do know is that a way for women to avoid the drop in their brain metabolism that occurs around menopause is both diet and exercise. Of course, everyone can benefit by following a healthy diet plan; one question might be whether women will still have better brain metabolism longevity if this practice is also implemented.