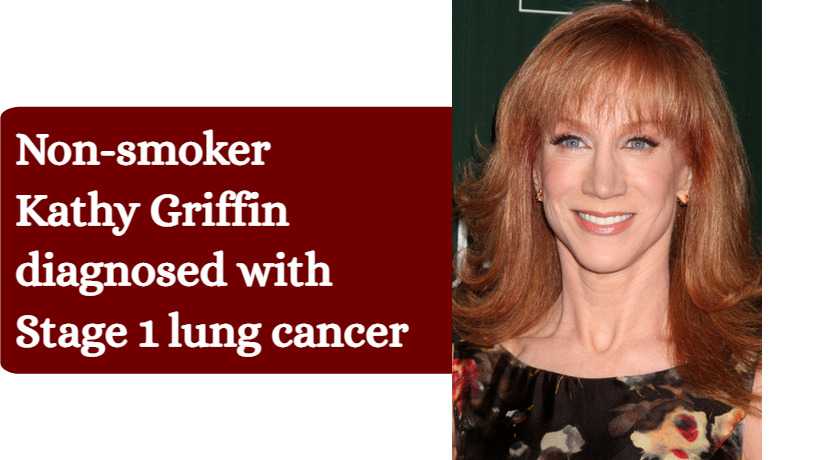 On Monday morning, comedian and actress Kathy Griffin shared over social media that doctors recently diagnosed her with Stage 1 lung cancer, even though she has never smoked.

According to the American Cancer Society, about 80% of lung cancer deaths are caused by smoking, and many others are caused by exposure to secondhand smoke. However, other common causes include family history of lung cancer, exposure to asbestos, arsenic or other cancer-causing agents in the workplace; exposure to radiation from radiation therapy, certain imaging tests or radon at home or at work; air pollution or an HIV infection.

Griffin shared that although doctors plan to remove half of her left lung, she feels optimistic about the surgery and plans to be “up and running around as usual” in a month. It is unclear which type of lung cancer she has been diagnosed with. In her statement, the comedian also reassured fans that she was fully vaccinated for COVID-19.

According to the American Lung Association, 56% percent of people whose lung cancer is caught before it spreads to other parts of the body live five years after diagnosis. However, only 16% of cases receive an early diagnosis.

“It’s been a helluva 4 years, trying to get back to work, making you guys laugh and entertaining you, but I’m gonna be just fine,” she wrote. “Of course I am fully vaccinated for Covid. The consequences for being unvaccinated would have been even more serious. Please stay up to date on your medical check ups. It’ll save your life.”