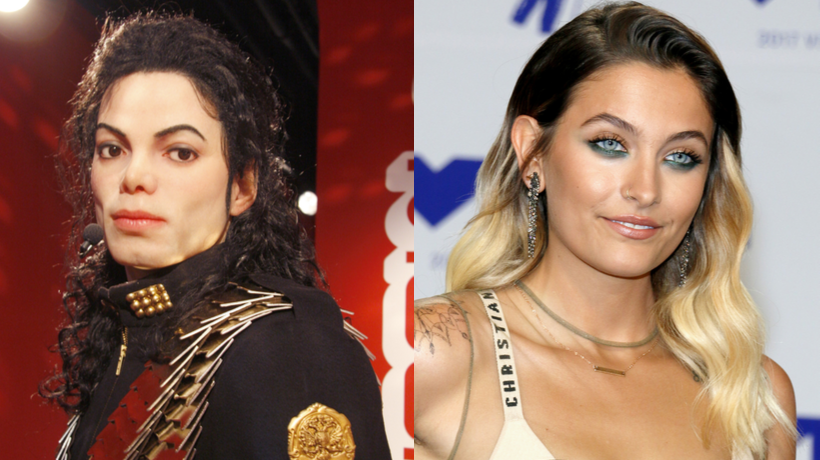 Paris Jackson was born into an unimaginable world because of her father’s fame. Michael Jackson has earned his title as the King of Pop. As we know, fame can come with major pitfalls, and Michael’s scandals have outlived him.

After Jackson’s 2009 death, his children have been forced to endure his legacy for better or for worse. According to Paris her father was her world.

She has suffered through mental illness, substance abuse, and family tragedy, yet has managed to persevere.

As a child, Paris Jackson didn’t have a relationship with her mother, Debbie Rowe. According to ABC News, Michael Jackson’s ex-wife is the biological mother of both Paris and her eldest brother, Prince, but had “almost no contact” with the pair for nearly a decade. This was something she chose voluntarily.

“I did it for [Michael Jackson] to become a father, not for me to become a mother,” said Rowe.

Only being close to her father, the loss of him at just 11-years-old was devastating. At Michael Jackson’s memorial Paris unexpectedly grabbed the microphone and fought back tears as she bid farewell to her father. “I just wanted to say, ever since I was born, Daddy has been the best father you could ever imagine,” she said. “And I just wanted to say I love him so much.”

This was the first time she spoke publically.

Paris revealed that she’d been living a “very healthy” lifestyle with her father, but when she moved in with her grandmother “there were no rules.” She had “soda and cake all the time,” which led to significant weight gain. “Food became an addiction,” she said. “And then a cousin called me fat and I was like, ‘OK, I can’t do that anymore.’ And that’s how I fell into self-harm.”

“I was always the one that was in control of the razor. I knew how deep I was going,” she said (via Entertainment Tonight). “Part of it was the dopamine release. And dopamine is called dope for a reason. It feels good … There’s a lot of things that cause a dopamine release and self-harm is one of them … Part of it was that and then it was also a distraction from emotional pain and transferring to physical pain and the need for control.”

She later revealed to Rolling Stone that she was sexually assaulted by a “complete stranger” when she was 14 years old. She fell into a crowd with “a lot of older people doing a lot of crazy things.” Jackson admittedly tried to grow up fast and “wasn’t really that nice of a person.”

Self-harm eventually escalated to attempted suicide. In her Rolling Stone interview, the star revealed that she tried to kill herself “multiple times,” but it only went public one time when she was 15 years old in the midst of major depression and drug addiction. That particular incident in 2013, where she cut her wrists and took 20 pills of Motrin, was the last straw for the hospital, which had a “three-strike rule.” She was sent to a residential therapy program shortly after.

“It was just self-hatred,” she said, “low self-esteem, thinking that I couldn’t do anything right, not thinking I was worthy of living anymore.”

In 2018, reports were circulating that Paris was again in a bad way and partying. After Demi Lovato overdosed in July, CNN reports claimed that the incident convinced Jackson to check herself into rehab, but that wasn’t exactly the case. Rather, Jackson already had a tragic past that led her to adopt a healthier lifestyle. In an Instagram Story captured by CNN, Jackson revealed that “someone doesn’t have to almost die for me to know to be healthy, I’ve already had friends OD and die. That’s enough for me.”

Paris then, “decided that she needed to take some time off to reboot, realign and prioritize her physical and emotional health. She checked herself into a treatment facility to aid in her wellness plan.”

Today she seems stronger than ever even though she still has struggles with self-love.

“I want to influence self-acceptance and courage and being comfortable in your own skin,” she said. “I’m just working on content. I’m trying to just be content. Baby steps. Self-love s**t is hard.”