Paul Flores is Found Guilty of the Death of Kristin Smart 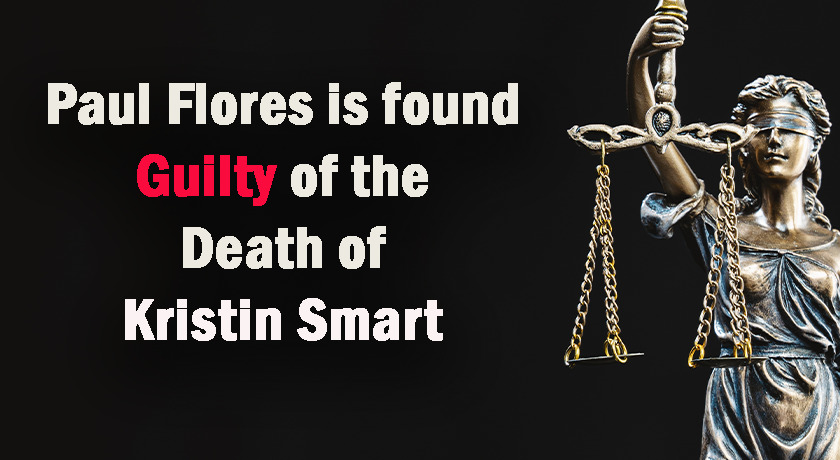 California Polytechnic State University student, Kristin Smart, vanished from campus in May 1996. Paul Flores, the man who was last seen with Smart, was found guilty of her murder on Tuesday, according to CBS News.

Paul’s father, Ruben Flores, was also on trial for allegedly helping Paul hide Smart’s body. He was found not guilty.

“The impact that Kristin’s disappearance and its investigation have had on the Smart family and our community, spanning a quarter century, is profound,” said San Luis Obispo County District Attorney Dan Dow, per Keyt.

“We thank them for the tremendous trust and patience they have placed in the investigation and prosecution of this terrible crime. This verdict provides some sense of justice for Kristin, the Smarts, and our community. Today, justice delayed is not justice denied.”

Paul Flores, who was Smart’s classmate, was the last person to see her alive after he walked her home from an off-campus party.

According to ABC News, her body has never been found, but the police found alleged evidence in the Flores’ home when they were arrested in April 2021.

Paul Flores is scheduled for sentencing on December 9th and faces 25 years to life in prison.

Per CNN, the Smart family spoke out on the two verdicts.

“Without Kristin, there is no joy or victory with this verdict, we all know it did not have to be this way,” the family said in a statement. “After 26 years, with today’s split verdicts, we learned that our quest for justice for Kristin will continue.”

“Know that your spirit lives on in each and every one of us, every day. Not a single day goes by that you aren’t missed, remembered, loved, and celebrated,” he said of Kristin.