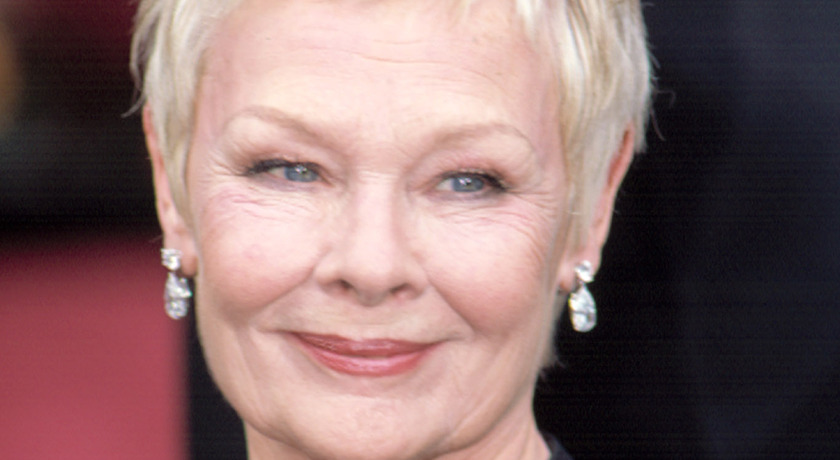 Judi Dench, 87, is an English actress who gained notoriety by starring in the James Bond franchise in the 1990s.

She also played Queen Victoria twice, in Mrs. Brown in 1997 and Victoria and Abdul in 2017. According to the Hollywood Reporter, she is the only actor who has played the same queen in two different films.

Recently, Dench has taken her talents to TikTok, where she shares videos with her grandson, Sam Williams, 25.

Per Vanity Fair, Dench first went viral on TikTok in 2020 during the pandemic. Sam revealed he encouraged his grandmother to post on the app, but she was “quite hesitant at first.”

Although she had to work hard to get the video just right, she expressed TikTok helped her get through the pandemic.

Dench has one child, daughter Finty Williams, with her late husband, Michael Williams.

Unfortunately, Michael passed away in 2001 at the age of 65 from lung cancer. Per Hello Magazine, Dench opened up about losing her husband in a podcast episode of David Tennant Does a Podcast.

The host, David Tennant, asked Dench how long it took her to get used to life without Michael. She replied, “I don’t know. I don’t know. Perhaps I’ve never done that, quite… I suspect I shall never ever get over Mikey.”

“I wasn’t even prepared to be ready for it. It was very, very gradual and grown up … It’s just wonderful,” Dench expressed.

Dench recently starred in the movie drama Allelujah in 2022 and Belfast in 2021. She also starred in the comedy series Blithe Spirit which was released in January 2021.