Why People Lie And How to Protect Yourself 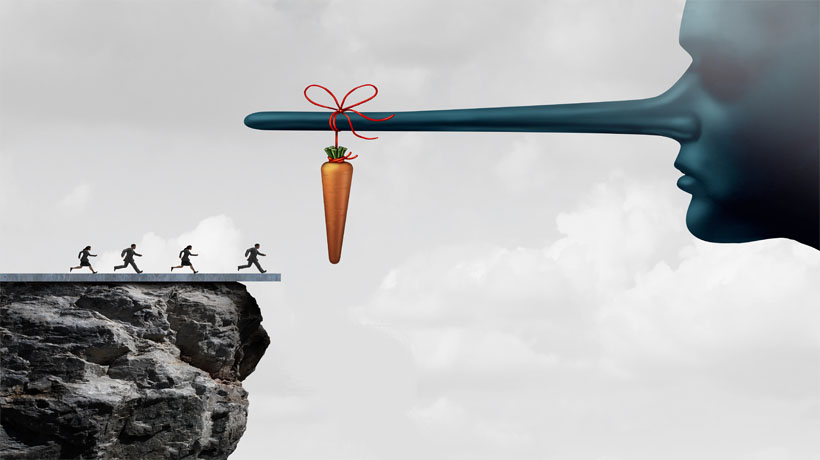 Your heart breaks when the man you love lies to you. You feel betrayed when your best friend tells you an untruth. Your emotions rocket between anger and hurt.

Then, you show up late for a meeting and explain to your boss or coworker that your apartment building lost power. Or your mom asks you whether you can forget as well as forgive how she’s hurt you. “Yes,” you insist, catching the lie in your throat.

Sooner or later we all lie on big or small issues, but why? More importantly, how can you protect yourself from the ones who deceive you in ways you can’t bear?

Why do people lie?

Individuals lie occasionally for many reasons to:

If someone you care about lies to you once, you can normally work through it. Some people, however, chronically lie and their lying differs from telling a “fib” or a “white lie.” Chronic liars hone their skill at lying even as they present a charming face toward their targets. Those who lie regularly do so because they actively choose lying as a strategy for getting what they want. They place their interests above you. Further, they’ve learned they can get away with it – or at least hope they can.

Why do we fall for it?
The larger question – why do we fall for a liar’s lie?  First, we want to believe what we’re hearing and even when we realize we’re being lied to. We struggle to see past the lie because we like or even love the liar.  Second, unless we’re habitual liars ourselves, we’re naively gullible because we assume others generally tell the truth.

Eyes open
We can open our eyes and ears to the facts. For example, because serial liars lack empathy, we can watch how they treat others even as they lavish attention on us. If you’ve been tricked by more than one liar in your past, you may need to train your brain to not take what you hear at face value. You can do this by watching opinion shows, where you’ll hear examples of overgeneralizations, hyperbole, half-truths and lies.

Develop enlightened skepticism
Ask yourself questions, such as: Do I feel comfortable with what’s being told to me? Does what this person says or does seem too good to be true? What is s/he exaggerating or downplaying?  Is what s/he’s saying consistent with reality? What do I lose by accepting and acting on what s/he says and what does s/he gain?

Asking him/her questions
You further protect yourself by asking a potential liar questions. You may hesitate, worried about how s/he’ll react to your questioning. Don’t be. If it’s the right person and the right relationship, s/he’ll want to open up. If it’s not, you’ll come across as smart, and if you’re entangled with a habitual deceiver, s/he’ll seek out an easier, more gullible target. If you don’t feel comfortable with the answers you receive, gently call the potential liar out with, “I’m confused, can you explain that to me again?”

Go with your gut
If you sense someone is lying to you, trust your internal compass and don’t second-guess yourself. If your empathy pushes you to discount what you feel or even to protect the liar, remember you and your tender heart deserve protection as well.