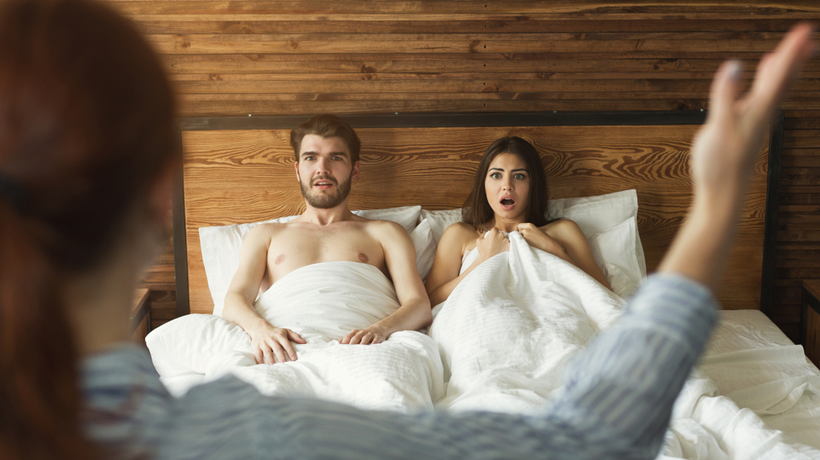 Cheating on someone almost always ends ugly. When infidelity occurs, the trust is broken, relationships and marriages end, and someone gets their heartbroken. So, “why?” is the question that many ask. Psychologist, Theresa DiDonato, Ph.D., reveals the seven most common motivations behind a cheating a partner:

They are feeling neglected.

DiDonato states, “Similar to feeling a lack of love, some people engage in infidelity as a response to their partner’s lack of attention.” She goes on to say that more women than men recognize this as one of their motives for cheating.

They are falling out of love.

Many times, a loss of passion or feelings of love towards a partner leads them to look elsewhere for the feeling they have been missing.

They have a hard time with monogamy.

In general, some people have a hard time being with one person. So, while it is not a problem within the relationship itself, it is a reaction to boredom.

They found themselves in a bad situation.

Dr. DiDonato says, “Not every act of infidelity is premeditated and driven by dissatisfaction with a current relationship. Maybe they were drinking or in some other way thrown into an opportunity they didn’t anticipate. More men recognized this motive as a reason for their cheating than women.” Why does that last part not surprise me?

For some having an affair with multiple people is a boost to their ego. Usually, people with low self-esteem are unknowingly motivated by this factor. This type of person does not have any regard for the personal consequences of their actions since it is their own agenda driving them.

They are out for revenge.

Dr. DiDonato says that many couples say that cheating was a way to punish a partner. I bet you they will think twice before forgetting to do the dishes next time.

They are not sexually satisfied with their relationship.

This does not automatically mean that they don’t enjoy getting intimate with their partner. It could mean they have a much stronger sex drive than their partner. But there could also just be a lack of satisfaction from it. Dr. DiDonato says that men reported this reason more than women.