Research reveals link between strokes and the flu 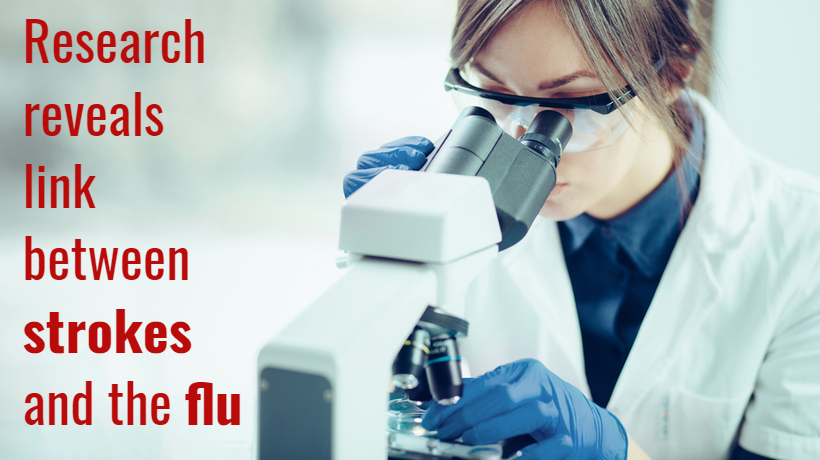 A 2019 study shared at the American Stroke Association’s Conference on Strokes in Honolulu, Hawaii revealed the link between exhibiting flu-like symptoms and increased risk of stroke. The first study of many found that having a flu-like illness or symptoms put patients at increased risk of at least 40% over the next two weeks.

When looking at the medical records of over 30,000 patients in the New York Statewide Planning and Research Cooperative System (both inpatient and outpatient) between 2012-2014, examiners found that beyond the 15-day interval, the risk could last up to a year.

Examiners also looked for trends amongst those affected in racial, geographical, and age demographics. While they expected to find a stark contrast between citizens in rural and urban areas, they instead found little to no difference.

Dr. Amelia K. Boehme, lead author and assistant professor of epidemiology in neurology for Vagelos College of Physicians and Surgeons at Columbia University in New York City, said “we found the association between flu-like illness and stroke was similar between people living in rural and urban areas, as well as for men and women, and among racial groups.”

Although there is no underlying reason as to why the flu or flu-like illnesses can produce such an increase in risk of stroke, researchers still believe it can be a result of inflammation caused by the infection. Another plausible cause that may stem from the flu is a tear in the neck artery, which can cause a restriction in blood flow. This is known as cervical artery dissection, which can be a leading cause of stroke. Madeleine Hunter, who is also from the Vagelos College of Physicians and Surgeons at Columbia University, found that nearly half of the patients they examined exhibited the flu at least three years prior to the cervical artery dissection.

This conclusion is on par with similar studies noting that children who are exposed to colds and flus at a young age are also put at a higher risk of having a stroke, however, are less likely to have them if they stick to a strict vaccination schedule.

Dr. Philip B. Gorelick, who is a professor of translational science and molecular medicine at Michigan State University College of Human Medicine in Grand Rapids, gives a similar recommendation.

“If you do have the flu and you start having other symptoms that are consistent with stroke, such as weakness of the face, arm, or leg on one side or both, trouble speaking, slurred speech, loss of vision in one or both eyes, the worst headache of your life, or staggering around, you could have a dissected artery or some other cause of stroke,” Gorelick said. “I think people should consider taking a flu shot.”