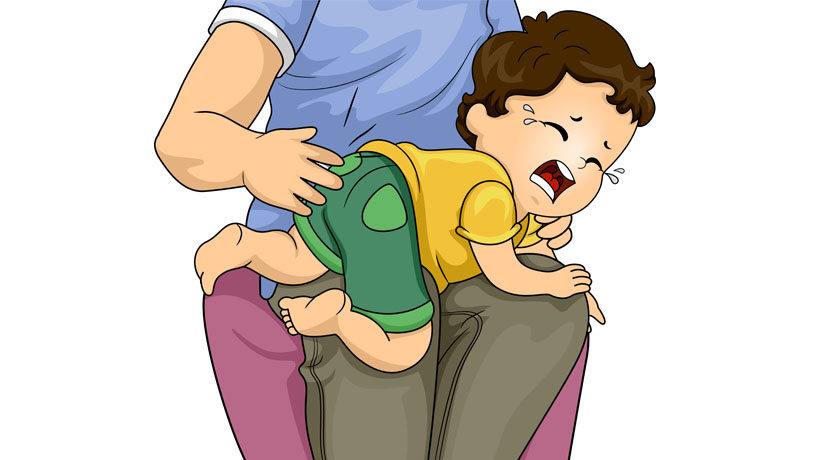 If your parents didn’t spank you as a child, chances are you know someone with parents who did.

But even if you know someone who “turned out fine” with this kind of discipline, experts urge parents not to spank their children. The American Academy of Pediatrics (AAP) released a policy statement in November 2018 suggesting corporal punishment is linked with an “increased risk of negative behavioral, cognitive, psychosocial, and emotional outcomes for children.”

Experts agree now more than ever
The policy statement, titled “Effective Discipline to Raise Healthy Children,” cites almost 100 different sources, including scientific studies, surveys with pediatric experts, and online resources on behavioral science. The authors of this statement are Robert D. Sege, MD, PhD and Benjamin S. Siegel, MD, who are both fellows at the AAP. They also edited the statement based on feedback from the Council on Child Abuse and Neglect and the Committee on Psychosocial Aspects of Child and Family Health from the AAP.


This committee initially published a similar statement in 1998 entitled “Guidance for Effective Discipline,” which mostly offered suggestions on discipline. Now, 20 years later, they’ve increased the impact of their policy by tripling their sources and gathering research on the effects of physical discipline.

According to an AAP survey, 94% of US pediatricians do not endorse corporal punishment. The Committee on the Rights of the Child from the United Nations defines this as hitting children with the hand or with a something like a whip, a belt, a wooden spoon, or similar. It can also involve kicking, shaking, pinching, or pulling hair. Pediatricians denounce any other shaming or humiliation for children, such as forcing them to stay in uncomfortable positions or forced ingestion (for example, washing a child’s mouth out with soap or forcing them to swallow hot spices).


Harmful consequences
At best, spanking just doesn’t work as a punishment, according to a 2016 paper in the Journal of Family Psychology. A 2014 study in the same journal noted parents usually employ corporal punishment within 30 seconds of verbal discipline, suggesting they’re acting on an impulse. That study found 73% of children resumed their bad behavior within 10 minutes of corporal punishment.

At worst, hitting or degrading misbehaving children can be detrimental. Based on their research, here are some potential negative results:

How to parent instead
So how do you discipline unruly children who just won’t listen? Try putting your child in timeout, says the AAP. The policy statement recommends isolating your child to reflect on the consequences of the behavior.

Parents first use smacking, hitting, or spanking only as a last resort, according to the policy statement. However, the AAP reports parents are more likely to choose corporal punishment once they’ve tried it before. Instead of giving in to the frustration of children’s bad behavior, the AAP recommends rewarding good behavior. Recognizing when your children behave well will encourage them to repeat that behavior instead of impulsively misbehaving This should minimize your need to discipline them. A positive approach to parenting instead of a reactive one could be the most effective strategy.