Research Suggests One of Women's Biggest Regrets is Their Ex 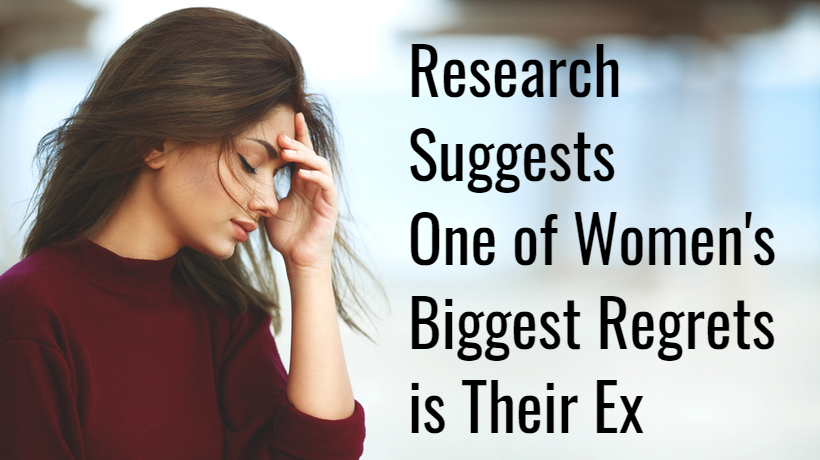 The one that got away. Mr. What If? The missed connection.

We all have regrets, but new research suggests the most common regret among American women involves a lost chance with an ex.

Recently, researchers at Northwestern University and the University of Illinois at Urbana-Champaign collected data from several hundred U.S. adults through a telephone survey, asking respondents to describe one memorable regret: what it was, how it happened, and whether their regret was rooted in something they either did or didn’t do.

Among the 370 adults surveyed, almost 20 percent said their biggest regret involved romance, most often citing a missed opportunity with a long-lost love.

Interestingly, the women surveyed were far more likely to have romantic regrets, with 44 percent talking about a past relationship. In comparison, just 19 percent of the men surveyed claimed the same. Single respondents were also the most likely to cite a romantic regret.

“People did mention high school romances, the things that got away from them,” said Neal J. Roese, the head researcher of the study. “[But] the key finding was that romance was the number one regret,” said Roese. Roese is a psychologist and professor of marketing at the Kellogg School of Management at Northwestern.

The survey also found that the second most common regret among respondents involved family issues, with 16 percent of respondents expressing regret about a family squabble or having been unkind to a sibling as a child.

Participants in the newest study ranged in age from 19 to 103 years-old and came from a variety of socioeconomic backgrounds. The results also revealed the strong influence of gender, age, and education level on the types of regrets people feel. But other than these findings, no strong patterns emerged on the reasons for regret.

The second most common regret among respondents involved family issues, with 16 percent of respondents expressing regret about a family fight or having been unkind to a sibling during childhood.