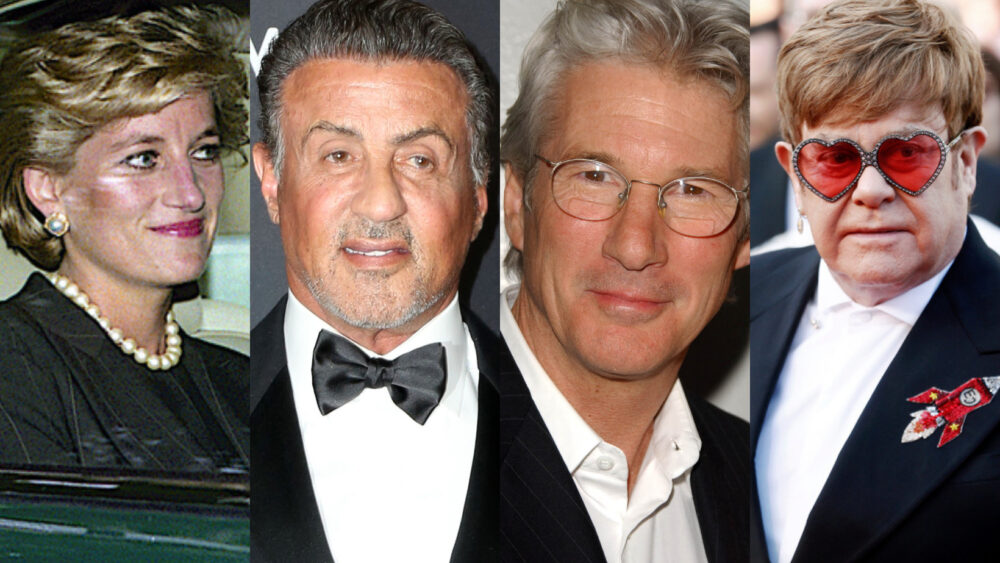 Back in 2019, music icon Sir Elton John dropped a royal bombshell in his memoir.

In the book, titled Me, the singer shared intimate details of a party in London which was organized for former Walt Disney Studios chairman Jeffrey Katzenberg. It was around that time period that Richard ended his relationship with Cindy Crawford, while Diana was separated from Prince Charles.

“Straight away, Richard Gere and Diana seemed very taken with each other,”  wrote Elton John.

“As the rest of us chatted, I couldn’t help but notice a strange atmosphere in the room. Judging by the kind of looks he kept shooting them, Diana and Richard Gere’s newly blossoming friendship was not going down well with Sylvester Stallone at all. I think he may have turned up to the party with the express intention of picking Diana up, only to find his plans for the evening ruined.”

That same night, Gere and Stallone did not turn up to dinner. According to the memoir, John’s husband David Furnish found them “squaring up to each other, apparently about to settle their differences over Diana by having a fistfight.”

John continued: “After dinner, Diana and Richard Gere resumed their position together in front of the fire, and Sylvester stormed off home,” but not before yelling that he “never would have come” if he knew “Prince f–n’ Charming was gonna be here’.”