Robert Redford 'Blames Himself' For the Death of His First Son 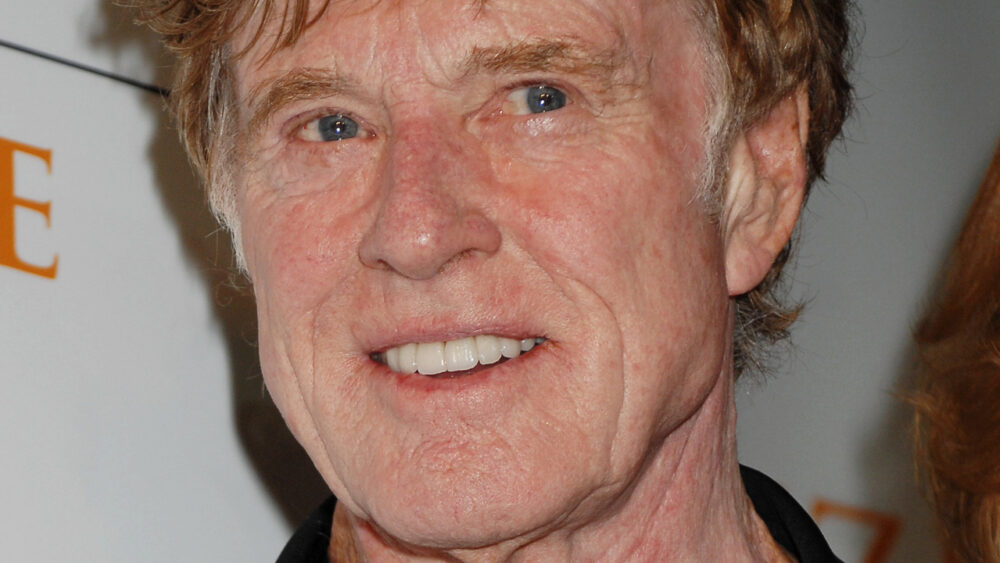 Robert Redford, now 85, had a six-decade long successful career in the film industry and went on to found the Sundance Film Festival. Despite his successful work life, his personal life was much more tragic, according to Newsner.

Redford was born in 1936 to humble beginnings. When he was younger, he lost his scholarship to the University of Colorado due to drinking and viewed himself as a “bad student.”

His father was a milkman, and his mom was someone he believed he could always go to for support. He described her as an adventurous, glass half-full kind of person and credits her for his strong connection to women.

“The one person who stood behind me was my mother,” he said at  the Sundance Film Festival Utah Women’s Leadership Celebration in 2018. “She believed that all things considered, she just had faith that I had something in me that was going to turn out OK.”

However, his mother, Martha Hart, died when she was just 40 years old of a rare blood disease. When he buried her, he was only 18. According to him, his biggest regret is not telling her “thank you.”

“I took [her] for granted because that’s the way kids were at that age,” Redford admitted. “My regret is that she passed away before I could thank her.”

“She had a hemorrhage tied to a blood disorder she got after losing twin girls at birth 10 years after I was born,” he said, adding that his mother had been warned that another pregnancy would be dangerous.

“She wanted a family so badly, she got pregnant again,” said Redford, adding his mother’s death “seemed so unfair.”

Redford then went on to travel around Europe and later studied painting at the prestigious Pratt Institute in Brooklyn and took classes at the American Academy of Dramatic Arts.

Three years after his mother’s death, Redford married a mormon girl at the age of 22. Lola van Wagenen and Redford stayed married for 27 years and had four children, a union that Redford believes to have “saved his life” at the time. Unfortunately, their first born son, Scott Redford, died at a very young age due to a tragic accident.

When Scott died suddenly and unexpectedly at 2 and a half months old, doctors stated the cause of his death as “Sudden Infant Death Syndrome.”

It took 52 years before Redford spoke publicly about his son’s death, overcome with guilt after and blaming himself for not checking on the baby earlier.

In an interview with Denver Post, Redford opened up about what happened that day.

“We were very young… We didn’t know anything about SIDS, so the only thing you think is that you’ve done something wrong,” he explained. “As a parent, you tend to blame yourself. That creates a scar that probably never completely heals.”

Scott Redford was buried near Robert and Lola’s home in Provost, Utah. And heartbreakingly, in 2020, Redford found himself burying another one of his children, James Redford.

James Redford, known as Jamie to friends and family, was born in 1962 and was Lola and Robert’s third child.

James worked as a filmmaker and was an avid environmentalist who reportedly struggled with Primary Sclerosing Cholangitis —  a rare autoimmune disease that affects the liver —  since childhood.

Throughout his life he received two liver transplants and went on to found the James Redford Institute for Transplant Awareness, a nonprofit program focused on educating the public on the importance of organ donation,

James and his family discovered he was dying of bile-duct cancer in his liver in 2019. He passed away in 2020 at the age of 58.

After his death, a representative for Robert Redford said that the actor and father “is mourning with his family during this difficult time and asks for privacy.”

The representative added, “The grief is immeasurable with the loss of a child.”

In a statement released after his death, Jamie was described as “a loving son, husband and father. His legacy lives on through his children, art, filmmaking and devoted passion to conservation and the environment.”

The actor’s last movie was in 2018, The Old Man & The Gun. When reflecting back on his life, Redford believes that the most challenging parts of his life are when his children “had problems.”

“The hardest thing is when your children have problems,” he said. “There have been so many hits on our family no one knows about and I don’t want them to for my family’s sake.”