Jack Nicholson Admits To Being Afraid of “Dying Alone” 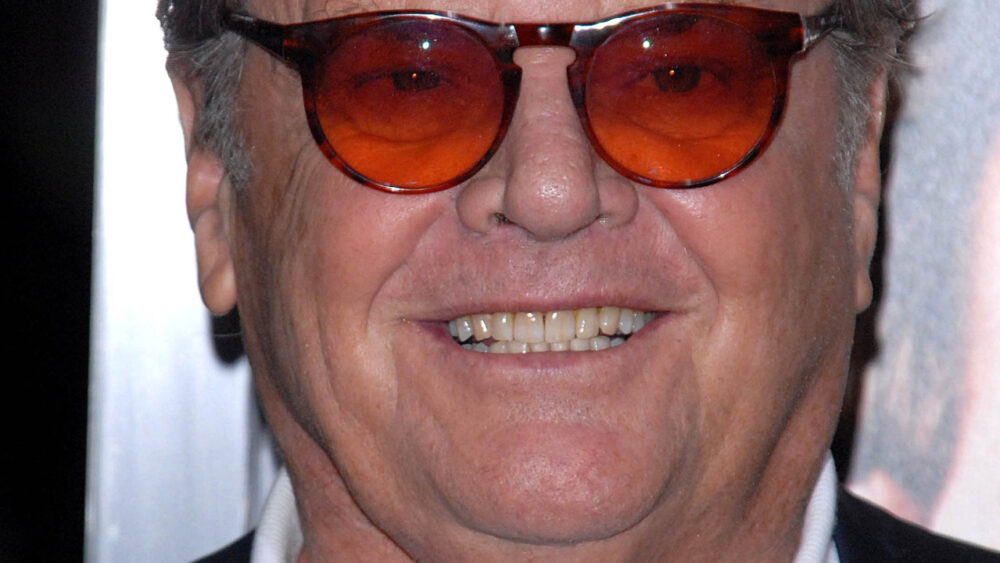 Per The Sydney Morning Herald, Jack Nicholson once opened up in a magazine interview about how his “hell-raising and philandering” has left him without anyone to spend the last years of his life with.

The Oscar-winner says that now, at age 77, he can no longer raise himself out of bed before 1pm and has a glass of milk to soothe his stomach before playing golf.

Nicholson admits that while he still deeply hopes to meet someone to love, he thinks that it is “not very realistic” and believes that chatting women up in public no longer feels right at his age.

“I would love that one last romance,” he says. “But I’m not very realistic about it happening.” Nicholson adds, “What I can’t deny is my yearning. I’m definitely still wild at heart but I’ve struck biogravity. I have had everything a man could ask for but no one could say I’m successful with affairs of the heart. I don’t think relationships are fixed things. People are necessarily complex and confused beings. We don’t always do the right thing, say the right thing and behave the way we always want to behave.”

Now Nicholson says he prefers staying in and watching movies to “arguing with women about going to dinner,” and that the “food is better” at his house anyways.

Nicholson was married once to Sandra Knight, a partnership that lasted from 1962 to 1968. The couple had a daughter together, Jennifer, who is now 52. In an interview, Knight said, “We had a very beautiful, sweet marriage. I could see Jack was going to become a big star and have lots of temptations. I couldn’t go along for the ride. He’s different from the Jack Nicholson image. The real Jack is a loving, caring, giving person.”

It wouldn’t be outrageous to assume that many of his hangups when it comes to relationships stems from his 16-year-long affair with Anjelica Huston. According to him, their breakup in 1989 was the “toughest period of [his] life,” and he was “annihilated emotionally.” Huston met Nicholson at a house party in 1973. According to her, on her end it was love at first sight.

Even though Nicholoson repeatedly cheated on her throughout their relationship, the last straw was when he got actress Rebecca Broussard pregnant. He went on to have two children with her.

In a memoir released last year, Huston says that she “beat Nicholson brutally about the head” when he told her over dinner that “Someone is gonna have a baby” with extreme indifference. In the magazine interview, Nicholson does admit that he was “childish” and that he did “make a mistake.”

In the magazine, Huston admitted that Nicholson was the love of her life and that she was “tragically gullible” towards his “charm offensive.”

Huston adds, “It’s dangerous because you can get what you want with charm but it is devious.” However, she also described Nicholson as “generous” and “someone I have adored in my life and continue to love forever.”

According to a source close to Nicholson, “He’s afraid of dying alone in ‘that house’,” referring to the mansion his children want him to sell. “They’ve been encouraging him to downsize and move into a more manageable place in Beverly Hills. But he loves his old place in the Hollywood Hills.”