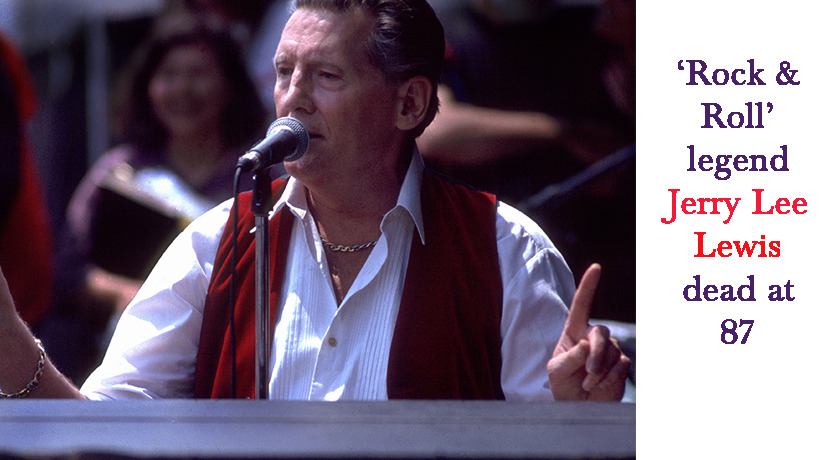 Jerry Lee Lewis was a singer and “hell-raising” pianist–there was no one like him.

I remember my sister and I dancing to his music in our living room. We loved, “Great Balls of Fire.” What I recall about him, is that he was outrageous when he performed. And his life was outrageous as well.

Per an article by Hillel Italie on Yahoo News, “he was married to 13-year-old (possibly even 12-year-old), Myra Gale Brown, she was his cousin…” I remember when the scandal came out.

His career plummeted for a time. Brown later divorced him.

However, this trailblazing singer reinvented himself in the 1960’s with a focus on country music. Jerry had several “hits” that were popular.

To paraphrase Jerry…he was a rock and rollin, country-and-western, rhythm and blues performer.

According to Variety, Judith, his seventh wife was near him when he passed away in Mississipi. Per a rep, Zach Farnum, “He told her [Judith], in his final days, that he welcomed the hereafter, and that he was not afraid.”