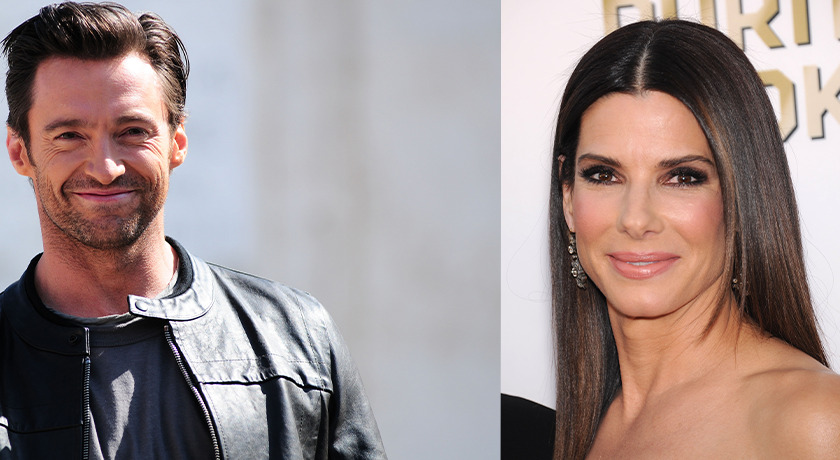 Hugh Jackman opened up in an interview with Variety about his experience auditioning alongside Sandra Bullock.

The Wolverine actor auditioned for Sandra Bullock’s love interest in the 2000 film Miss Congeniality. He revealed he didn’t want the part, but his agent made him audition so he could negotiate an offer for another movie Jackman was up for called, Someone Like You.

“No one knew X-Men yet…,” Jackman said at the time of the audition.

He read his lines with Bullock but was outshone by the Academy Award-winning actress.

“‘Holy shit! She’s amazing! And so quick and fast,’” Jackman recalled. “‘I’m not even vaguely up to speed here.’ I was pedaling as fast as I could, but I didn’t know the script well enough.”

Per Huffington Post, Jackman lost the role to Benjamin Bratt.

Although Jackman didn’t want to star in the movie in the first place, losing the role still stung.

“That’s humiliating, when your agent says, ‘I don’t want you to get this job, but just go get it.’ And then you don’t get it,” Jackman said.

However, there was a silver lining as Jackman landed his defining role as Wolverine in X-Men that same year, which led to many sequels and a Wolverine franchise.

Since then, Jackman continued to redeem himself by starring in critically acclaimed movies like The Greatest Showman and Les Misérables.

Jackman also revealed to Variety he is set to star in Deadpool 3 in 2024 alongside Ryan Reynolds.

“Oh my God, I’m thrilled,” Reynolds said about working with Jackman. “It’s like old home week. To get to be on set with one of my closest friends each and every day is a dream come true. But to do it with these two iconic characters side by side, that’s beyond our wildest dreams.”

Bullock continued to prove her acting abilities by starring in classics like The Blind Side and Ocean’s 8.

Her most recent work was Bullet Train which hit theaters in August 2022. However, according to E News, she will be taking a break from acting to focus on her family.