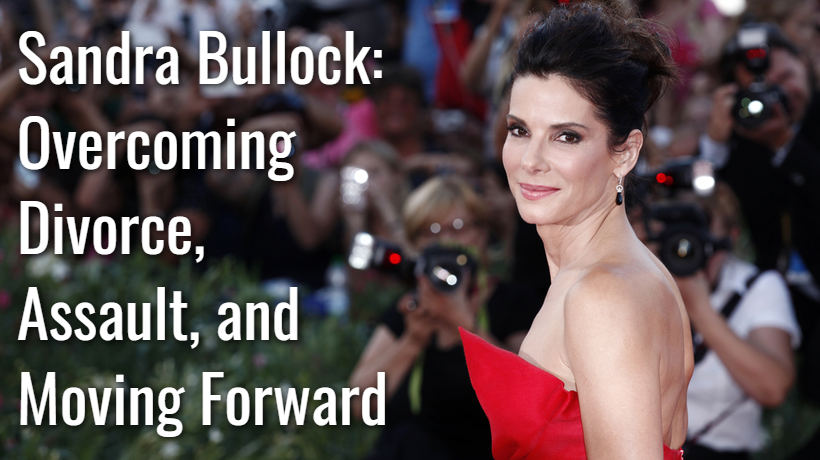 No matter how successful you are, everyone has their ups-and-downs. And after going through dealing a painful divorce from Jesse James in 2010, Oscar-winning actress Sandra Bullock has become more outspoken in recent years about the other challenges she has faced throughout her long acting career and in her personal life.

Originally born in Virginia, Bullock spent 12 years of her childhood growing up in Germany and Austria. Although she still maintains her American citizenship, the actress applied for German citizenship in 2009 as an homage to her mother’s German heritage and her familial roots.

“It would be wonderful if my sister and I could succeed. It is something my mother wished for her children,” the actor had said, according to German newspaper The Local.

Although she got her acting breakthrough at 23, Bullock spent much of her life in entertainment, taking acting, singing, and dance classes since she was a child. After graduating from East Carolina University with a BFA in Drama, Bullock went on to star in a string of television shows and independent movies before landing her first major role in the 1993 sci-fi film Demolition Man, which starred box office heavy-hitters Wesley Snipes and Sylvester Stallone.

One year later, she landed her breakthrough role as Annie Porter in Speed, co starring Keanu Reeves. The film received positive reviews, only setting the stage for the many other box-office hits the award-winning actress would go on to star in.

Since her early-nineties success, the Bullock has won an Academy Award, three Critics’ Choice Awards, a Golden Globe Award, and two Screen Actors Guild Awards. In 2010 and 2014, she was listed as the highest paid actress in Hollywood, according to Forbes.

But the road has not always been easy for the Hollywood A-Lister.

In 2010, Bullock split from her husband of 5 years Jesse James after it was revealed that James had cheated on her. Around this same time, Bullock had begun the process of adopting her first child, Louis. Although she considered James to be the father of her son, she went ahead with the adoption and raised her son as a single mother. This same year, she won her Best Actress Oscar for The Blind Side.

Although James issued a public apology for his infidelity, the heartache of the divorce was still difficult to overcome. But Bullock explained how motherhood helped her through it.

“I was OK about being alone but when you have a child everything is about exploration and being around other kids and being out in the world and seeing things. So now I see things through his eyes. I haven’t ever gone out and explored and done things before like I have in the last three years. I have the best life right now because I’m enjoying every single moment of this amazing human being. I’m learning how to have a good time through him… I’ve got everything I want, and it couldn’t be sweeter, better or more fulfilling,” she told the Mirror.

“When I look at Laila, there’s no doubt in my mind that she was supposed to be here,” the Oscar winner told People magazine. “I can tell you absolutely, the exact right children came to me at the exact right time.”

It was only a few years later that she ended up meeting her current partner, Bryan Randall, who has become a central piece of her family, according to E!.

During the height of the MeToo movement several years ago, the actress became one of Time’s Up’s biggest supporters, contributing half a million dollars to the charity in 2018 when the organization was founded.

“It’s our duty to do whatever we can to help. I can safely say there is not one person I know who hasn’t experienced some form of [harassment] or doesn’t know someone [it’s happened to],” she told InStyle magazine in a 2018 interview.

Bullock then went on to explain how her support of the movement not only stemmed from her core beliefs, but also from her own experience with sexual assault and harrasment as a teenager.

“It happened to me when I was 16. And you’re paralyzed to a degree, thinking, “Will anyone believe me?” And at that time? No,” Bullock said.

Despite the challenges she has faced throughout her life, Bullock continues to excel in her career, her family life, her love life, and her philanthropic endeavors. Although some years were more difficult than others, she has finally found the support system in her family and partner that has helped her overcome these adversities.