Search for Missing Girl Is Now a Homicide Investigation 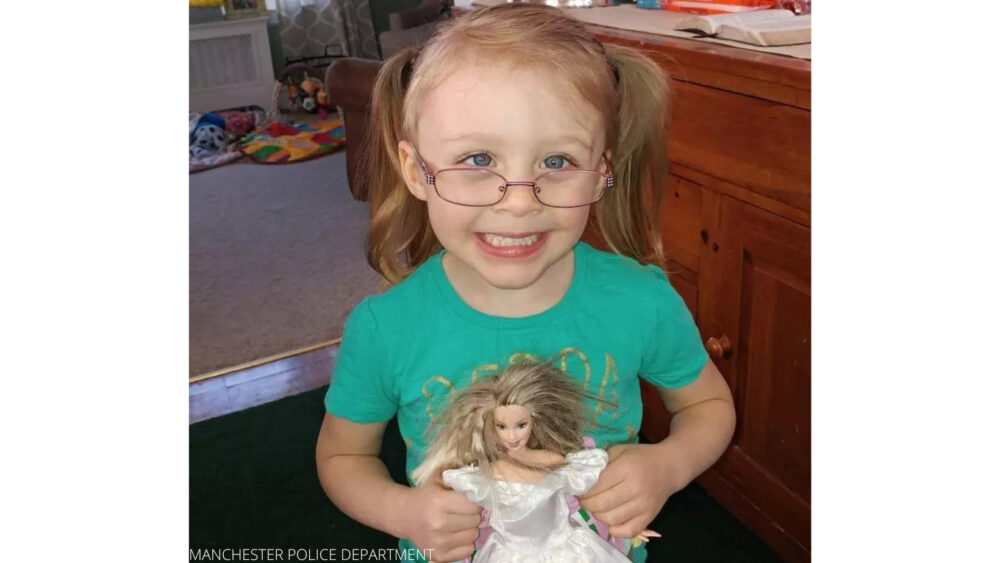 The disappearance of New Hampshire girl Harmony Montgomery, who went missing in 2019, is now being treated as a homicide investigation, authorities announced on Thursday.

Harmony vanished in 2019 when she was 5 years old but was not reported missing until December 2021.

New Hampshire Attorney General John Formella announced in a press conference that they believe Harmony was killed in Manchester, New Hampshire, in December 2019.

“While Harmony’s remains have not yet been located, we do have multiple sources of investigative information, including just-recently confirmed biological evidence, that have led us to this difficult and tragic conclusion,” Formella stated during the press conference.

According to PEOPLE, before she went missing, Harmony was living with her father, Adam Montgomery, stepmother, Kayla Montgomery, and their two other children.

Adam and Kayla were arrested in January 2022 and charged but not in direct connection with the girl’s disappearance. Both have pleaded not guilty.

Per NBC News, Adam was charged with assault after he told an uncle he’d given Harmony a black eye in June 2019. Kayla has been accused of welfare fraud after collecting food stamp benefits for Harmony, even though the girl was not living in their home.

Harmony’s biological mother, Crystal Sorey, attended a vigil in January 2022 and vowed to bring her daughter home, as reported by PEOPLE.