Shania Twain is Still a Fighter and a Survivor 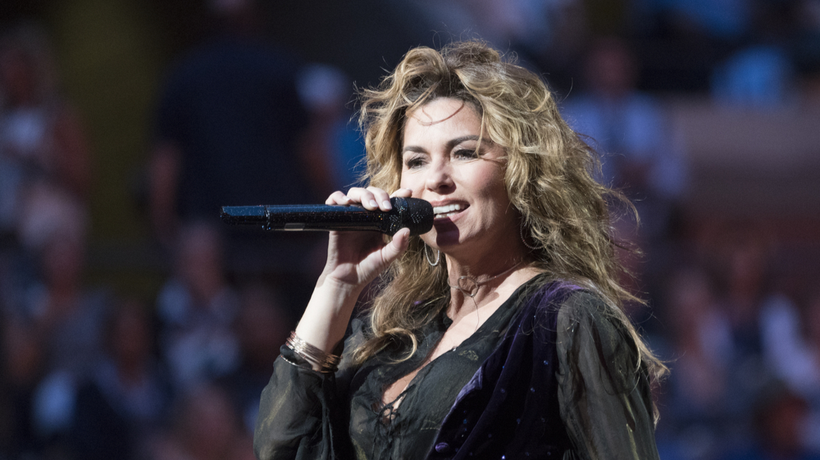 Five-time Grammy Award-winning country artist, Shania Twain, has experienced a lot of traumas in her life. In a 2017 interview with 60 Minutes, she revealed her stepfather had abused her and her mother for most of her childhood.

Shania Twain (originally named Eileen Regina Edwards) was born in Windsor, Ontario, Canada. While her parents had divorced when she was young, her mother soon remarried a man named Jerry Twain.

Jerry was part of the Ojibwa tribe and had adopted his wife’s daughters early on. However, her stepfather was known to be violent.

“He just had issues—and, at the time I was looking at this man as somebody who was not being himself,” Twain recalls in the interview. “It was like he was two people.”

“I would get physically involved sometimes with my parents’ fights,” Twain recalled to 60 Minutes. “I just thought that he would kill her. One of these times — he was gonna kill her.”

In one instance, she recalled in her memoir, From This Moment On, Twain remembered a time when her stepfather would beat her mother until she was unconscious and then plunge her head into the toilet repeatedly.

In addition to the abuse, the Twain family was also dirt poor. Twain recalled eating “a poor man’s sandwich” — which consisted of bread spread with mayonnaise or mustard — for lunch at school.

Twain provided for her family through singing and performing on stage. She started writing her own songs at the age of 10. However, Twain noted in her memoir that, at the time she was performing, she was still being physically, verbally, and eventually sexually abused by her stepfather as a teenager.

When Twain was 22, her parents died in a fatal car accident. As a result, life gave her a new challenge — caring for and supporting her younger siblings.

She was able to get a job performing in Vegas where, a few years later, she would be recognized and known for her talents.

Her tragedies do not end there. In 2008, Twain announced that she and her now ex-husband, Robert “Mutt” Lange, were separating. She had discovered that Lange was cheating on her with her best friend who lived half a mile away.

Naturally, she was devastated when she heard the news that her husband was cheating on her best friend. She told 60 Minutes, with tears in her eyes, she wondered how much more traumatic moments is she able to handle.

In 2011, Twain was diagnosed with a vocal cord disorder where she had to reconstruct her voice box. This is where she also learned she had contracted Lyme Disease.

The presence of Lyme Disease and dysphonia had given Twain more than enough reason to step out of the limelight for 15 years.

Though through all of this tragedy, she is still grateful that the Lyme disease had only affected one part of her.

“Lyme disease can be so much more devastating. It can go to your brain,” she said in a 2018 interview with The Guardian.

As Twain confidently puts it, “I was born to be a fighter and a survivor.”

She is now married to Frédéric Thiébaud who lent a shoulder when she first entered depression after she divorced Lange who was having an affair with Thiébaud’s wife, who also turned out to be her (ex) best friend.