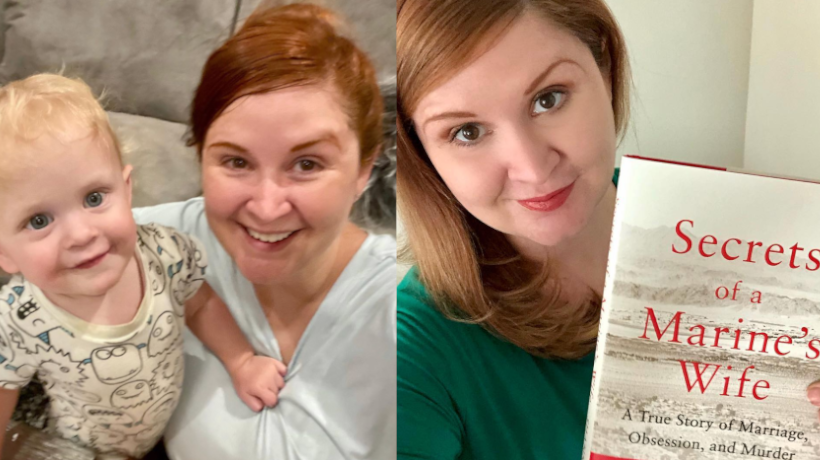 “Wife, mother, friend and talented author Shanna Hogan lost her life tragically in August after a fall and accidental drowning at her Phoenix home. She received extensive medical treatments in ICU to attempt to save her life, but her brain suffered too much damage and we lost this wonderful woman,” the donation page reads.

Hogan was swimming with her 14-month-old infant son, Zander Hogan when she slipped and hit her head, leaving her body submerged in the water, Kathleen Mayer tells People magazine. She remained unconscious in front of her 14-month-old for quite a while before her husband, Matt LaRussa, found her in the pool when he returned home from work.

She leaves behind her husband of nearly 20 years, Matthew LaRussa, and a 14-month-old son, who was described as “the light of her life.”

LaRussa took her out of the pool and performed CPR on her until she was taken to a local hospital by paramedics. Mayer tells People, “friends, family and colleagues prayed around the clock for Shanna to pull through.”

Hogan remained in the hospital until her death on Sept.1.

Mayer said Hogan’s writing will “live on, the lives she saved will live on and her greatest creation — her little boy — will live on to inspire all of us.”

Hogan had been an organ donor. Her rep told E! News that her heart, liver and kidneys were given to four others, saving their lives.

Hogan’s writing will live on. Hogan won the Arizona Press Club award as Journalist of the Year. She is best known for her 2013 New York Times bestseller, Picture Perfect: The Jodi Arias Story.