Signs Your Sensitivity Is Not Being Appreciated (You're Being Disrespected) 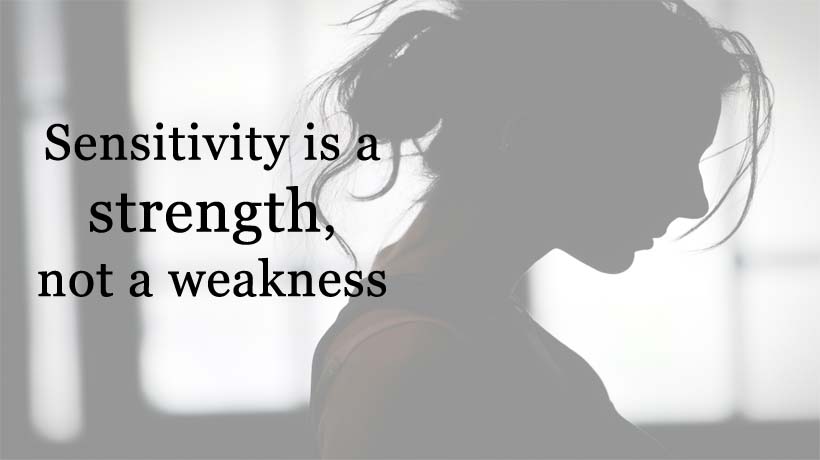 As women, we get a bad rap from others who claim that we’re too sensitive, too emotional, basically just too in touch with our feelings. And there’s nothing wrong with that. In fact, they may secretly envy the fact that we are able to empathize so well with others and tune into this power more deeply than the average person. You may relate to these characteristics. If so, watch for the people who will take advantage of your sensitivity.

You love deeper than most
You have a big heart. So when you fall, you fall pretty hard. You may be a hopeless romantic who doesn’t believe in giving anything less than 100% to her partner. You tend to wear your heart on your sleeve, which can come across as a weakness to some people, but it’s the only way you know how to give.

You’re being disrespected: You make his favorite dish for dinner, but instead of sharing your company, he turns on the TV to watch the game rather than making conversation.

You care about what others say but pretend not to
As much as you try not to let them get to you, you know that words can be powerful weapons. And when they’re used as such, you have to constantly remind yourself that their actions reflect their own insecurities.

You’re being disrespected: Your best friend disapproves of the way you treated your family and lets you know it. You try not to take it personally because you know it triggers her own issues more than yours.

You cherish the memories
You may be the type to have a shoebox filled with inanimate objects because they hold sentimental value for you. To let them go would be to let go of a fond memory, which is why you love taking photos.

You’re being disrespected: People feel like you have too much junk that you need to throw away, not realizing the value that they hold to your heart.

You’re deeply grounded in your values
You have a sense of who you are and what matters most. You realize that people around you are not as in tune with the things they care about.

You’re being disrespected: You share something you’re passionate about with a co-worker. But they seem to not be interested and change the subject. You realize that not everyone will feel strongly about your interests, but their lack of concern will keep the relationship at one level.

You’re able to pick up on other people’s vibes

You may have a keen sense of emotional intelligence. You’re able to read people and can also put yourself in their shoes. You realize this has become a gift. It’s how and why others feel comfortable opening up to you about things they’d rather not reveal to anyone else.

Your friend piles her troubles onto you whenever she’s going through a rough time. But it gets to the point where she has no regard for what is going on in your life; she only talks to you when she needs you or when it’s convenient for her.