Sleep Paralysis: Doctors Reveal the Causes Behind this Frightening Experience 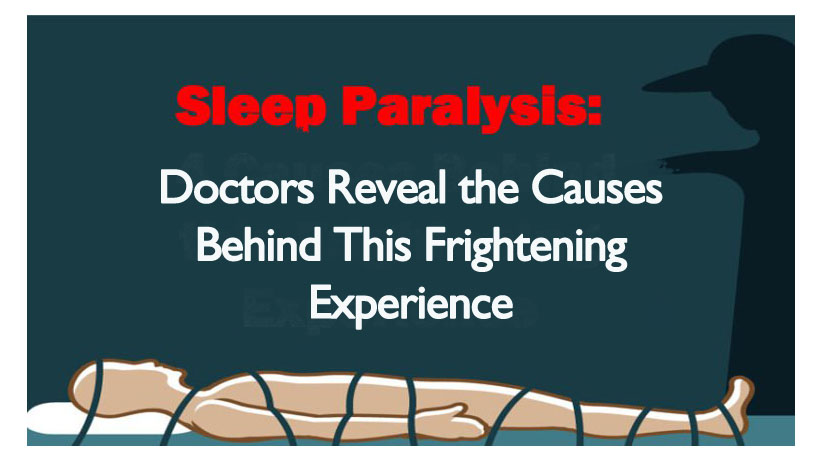 Imagine waking up in the morning: you see the sun beaming in through your windows, your mind is ready to go except you can’t seem to move a muscle – at all. It’s almost as if your body is still in sleep mode and can’t seem to snap out of it.

It turns out, this terrifying phenomenon described by some as a “waking nightmare” is more common than you realize. According to Clete Kushida, MD, Ph.D., medical director of the Stanford Sleep Medicine Center in Redwood City, California, “About 40% of the population has had at least one episode of sleep paralysis.”

WebMD describes sleep paralysis as a feeling of being conscious but unable to move, occurring when a person passes between stages of wakefulness and sleep. These episodes can last anywhere from a few seconds up to a few minutes. While sleep paralysis isn’t a serious medical risk, the causes behind it may point to signs of something more.

Sleep deprivation or irregular sleep patterns
Many cases of sleep paralysis occur with those who suffer from insufficient sleep. On average, most adults need about seven to eight hours of sleep a night. Improving your sleep habits by keeping a regular sleep schedule, getting enough sleep and having a relaxing bedtime routine may relieve parasomnia (disruptive sleep disorder) symptoms.

Genetics
If you have any family history of sleep disorders, you may be more susceptible to sleep paralysis. Though findings have shown that genetics aren’t a direct cause for sleep paralysis, studies suggest that there is a link.

Narcolepsy
As one of the most common causes of chronic sleepiness, narcolepsy affects about 1 in 2000 people. The condition, while manageable, can display brief episodes of paralysis when falling asleep or upon awakening and fragmented nighttime sleep.

Mental disorders
According to a 2011 study by Pennsylvania State University, 7.6 percent of the general population is affected by sleep paralysis and 31.9 percent of those with mental disorders experienced episodes. Sleep paralysis has also been and is still frequently assessed within the context of anxiety, depression, panic and post-traumatic stress disorders.