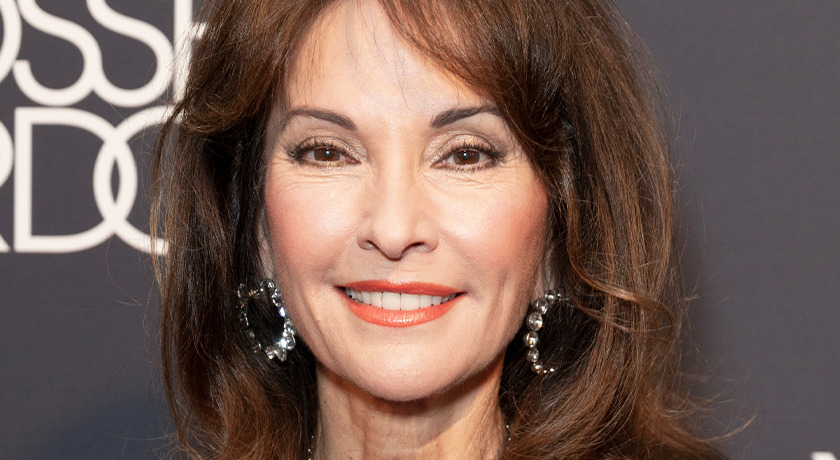 Susan Lucci, 75, is a successful soap opera actress who is most known for her role as Erica Kane on All My Children. She was on the show from 1970 until it ended in 2011.

Along with All My Children, Lucci has starred in various other works. Per Soaps, she played the role of Jacqueline Karr in the show Hope & Faith in 2004. She also played the character Isabelle in the 1998 thriller Blood on Her Hands.

Lucci won a Daytime Emmy in 1999 for Oustanding Lead Actress in a Drama Series for All My Children.

In February 2022, Lucci revealed she underwent heart surgery for a second time, according to USA Today. She told “Good Morning America” she remembered feeling the same symptoms she felt before her first heart surgery in October 2018.

“I thought, ‘This is crazy. These are the same kind of symptoms that I had three years ago but it can’t be,’ ” she said.

Lucci said her doctor found an 80% blockage in her heart and installed another heart stent.

She expressed that she wants other women to learn from her story and prioritize their health.

“Listen to your heart and act on it. Be your own best friend, be your own advocate. You’ll save your life,” Lucci said. “I feel so lucky to have the platform that I have. I just wanted to be able to do something other than entertain.”

According to Forbes, Lucci recently began working with the American Heart Association’s “Go Red For Women” movement to raise awareness of cardiovascular disease.

“Working with ‘Go Red For Women’ has given me the opportunity to use that platform that has been built because of my work as an actress, which is very important to me. Heart disease kills more women every year than all cancers put together. It’s really such an opportunity and privilege for me to have this chance to get this message out to women and to put themselves on their to-do list,” Lucci told Forbes.

According to People, Lucci married her late husband, TV producer Helmut Huber in 1969. Unfortunately, he passed away in March 2022 at the age of 84.

Forbes also revealed that we may see Lucci play Erica Kane again soon. There is talk of a spinoff show of All My Children titled Pine Valley in the works. Kelly Ripa and Mark Consuelos are potential producers of the new show.

“I certainly would welcome playing this amazing part of ‘Erica Kane’ again. Wonderful to have the opportunity to work with Kelly and Mark again. You know, it looks like it’s going to happen,” Lucci revealed.