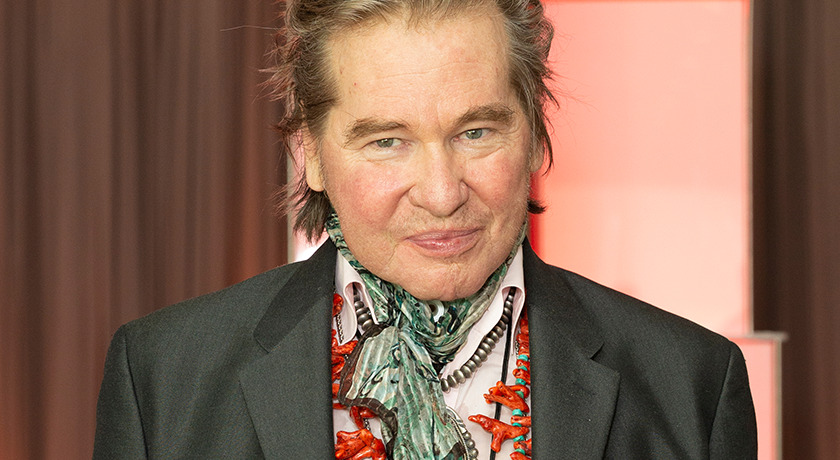 As 2022 is starting to come to an end, we can look back on the year and see the great achievements made within the entertainment industry. One of which,would be the ever so anticipated sequel to the 1986 action-drama film, Top Gun: Maverick. The movie was by far the highest grossing box office film of the year, earning nearly $300 million more than its runner-up, Black Panther: Wakanda Forever, and earning its spot at 11th for highest grossing films of all time. With a few legendary actors making a return for the sequel, no one’s journey to get there was as difficult and devastatingly inspiring as long-time Hollywood star and throat cancer survivor, Val Kilmer.

Having his first lead role in 1984 for the film, Top Secret!, it wasn’t until 2017 that Kilmer (now 62 years old) opened up to the public about his ongoing battle with throat cancer. Val underwent treatments such as chemotherapy and radiation and ultimately decided to receive a tracheostomy in 2020 to be rid of the fatal illness.

A tracheostomy is a medical procedure where the surgeon creates a hole in the front of the neck, entering the trachea (or windpipe) to “allow direct access to the breathing tube” (John Hopkins Medicine). This procedure is common, and many times necessary for circumstances involving tumors and, more specifically, throat cancer. It wasn’t an easy decision for Kilmer to make, as the procedure left him virtually unable to speak on his own, or even be easily understood by anyone listening. As an actor, he obviously relies on his voice very much in order to be successful. They made this work, however, in Top Gun: Maverick.

Val had the idea to incorporate his illness into his reprised character as Iceman in the new film. He stars in only one scene and speaks only one line when talking to Maverick (Tom Cruise’s character and star of the franchise): “Who’s the better pilot, you or me?”. This line comes after a very heavy scene between the two after Maverick discovers Iceman is sick with throat cancer. The vocals from Kilmer were actually produced by AI technology, in which they derived previous sound bites of Kilmer’s voice and created an original sentence using vocal recordings from before Kilmer’s surgery. A very heartfelt moment, both in the movie and in reality, ends with the reveal that Iceman later passes away.

Kilmer was very hesitant to receive medical help when originally diagnosed. His children, Mercedes, 31, and Jack, 27, played a vital role in convincing him that he must seek treatment. Coincidentally, Mercedes had been in the hospital the same night of his diagnosis due to a car accident she had been in. As both his children joined him in the hospital for support, telling him what he must do to survive, he sat next to them “miserable [and] distraught” at the thought that his time being alive may be limited.

Nevertheless, he decided to go through with the treatment and managed to beat the cancer that plagued his body. But he didn’t do it alone. His children were there to endure his time through treatments. His longtime Hollywood peer, Michael Douglas was even there to push for Kilmer to take to the public about his sickness. With that, Kilmer was able to gain support from fans and other colleagues within the industry. Tom Cruise, star of Top Gun and Top Gun: Maverick, had even stated to Jerry Bruckheimer, producer of the 2022 film, that he wasn’t going to “make [Top Gun: Maverick] without Val.”.

Kilmer has been a Hollywood star for nearly 40 years now, most known for his roles in Heat (1995), Tombstone (1993), and as the Caped Crusader himself in Batman Forever (1995). His journey has taken its toll on himself and his loved ones but has brought him to his survival today. If he’s taught us anything in this time, it’s that if you’re truly scared and unsure if you can carry on by yourself, you can always call on others for help.