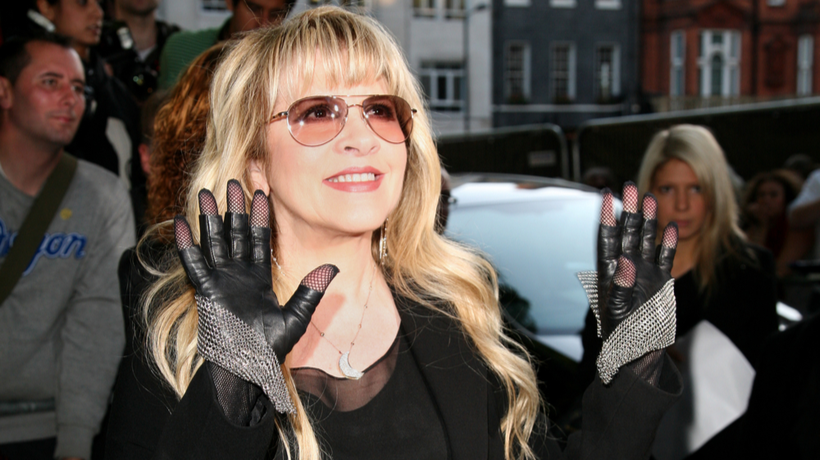 Stevie Nicks is best recognized as one of the most iconic female singers in the successful rock ‘n’ roll band Fleetwood Mac. Her image as a star has been viewed by many throughout the years, but Nicks also suffered many difficulties in the span of her career, dealing with drug addiction and an abusive relationship.

The star, now 72, has more than 40 top- 50 hits to her credit, both as part of Fleetwood Mac and as a solo artist. According to “Gold Dust Woman” – an autobiography written by Stephen Davis – she did it all despite her guitarist boyfriend Lindsey Buckingham’s bullying and abuse.

Davis told Fox News how Nicks had a more sheltered childhood than most rockers seem to have by taking dance classes, learning to play guitar at home, and writing her first song in her room at 16. She didn’t have a steady boyfriend until she met Buckingham at 19.

The young couple met in high school in San Mateo, Calif. They were in a band called Fritz when they decided to move to Los Angeles and launch a career as a duo in 1971. While Nicks worked to make ends meet, Buckingham said he couldn’t work because he had to devote himself to music full-time.

“I’d come in every day and have to step over these bodies,” Nick told Rolling Stone. “I’m tired; I’m pickn’ up their legs and cleaning under them and emptying out ashtrays.”

She reportedly showed up to audition for Fleetwood Mac wearing a waitress outfit. Nicks failed to impress the group, but because Mick Fleetwood wanted Buckingham as their new guitarist, he made an offer that couldn’t be refused.

Davis claimed that Buckingham said, “Look if you want me, you have to take my girlfriend Stevie Nicks. We’re a duo.” Joining the band in 1975, for the first year Nicks felt that she was only in the group because of her boyfriend. But soon enough she became a central face and voice of the group.

“When they first joined the band, Lindsey had control [over Nicks],” Mick Fleetwood said. “And, very slowly, he began to lost control. And he really didn’t like it.”

After Nicks joined Fleetwood Mac, Davis said the band began recording one of the biggest selling albums of all time, “Rumors,” which released in 1977. “The entire band broke up,” said Davis. “Lindsey and Stevie broke up…They spent a year working in the studio barely speaking to each other, but it resulted in an incredible album.”

There were good reasons as to why the relationship between Nicks and Buckingham ended. Before joining the band, Nicks felt violated after an album-cover incident in January 1975, when the photographer told her to remove her blouse. She didn’t want to, but Buckingham yelled at her, “Don’t be a f-king child. This is art!” Nicks wanted to quit music because of this but the offer to join Fleetwood Mac kept her in it.

Rolling Stone reported Buckingham’s antics worsening during their 1980 tour of “Tusk.” He would mock Nicks on stage, try to trip her, and reportedly even threw a Les Paul guitar at her head. During a heated argument in front of the band in 1987, Buckingham manhandled and slapped Nicks and started choking her, according to the autobiography.

“I thought he was going to kill me,” said Nicks. That time, her band stood up to him and threatening him if he ever laid a hand on her again. As this relationship ended, another one took over Nicks’ life.

Stevie Nicks has spoken openly about her drug use before, about the toll of her cocaine addiction, and then later her use of prescribed tranquilizers.

She became so addicted to cocaine that they had to shadow her during live performances and tucked into bed. At the height of her addiction, she had a hole in her nose from her use and was warned she risked possible brain hemorrhage. In 1986, she went into rehab at the Betty Ford clinic.

“All of us were drug addicts. But there was a point where I was the worst drug addict. I was a girl, I was fragile, and I was doing a lot of coke and I was in danger of brain damage,” Nicks said.

After leaving rehab, Nicks began seeing a psychiatrist that got her addicted to tranquilizers, such as Valium, then Xanax, and Klonopin. She took it for seven years until she couldn’t take it anymore. She returned to rehab in 1993 which she claimed was a worse experience than the first time.

“That doctor—he’s the only person in my life I can honestly say I will never forgive. All those years I lost—I could have maybe met somebody or had a baby or done a few more Fleetwood Mac albums or Stevie Nicks albums,” she said.

But the future continues to be bright for Stevie Nicks. “Maybe not more records because she said the industry is finished and she doesn’t want to take a year of time and a lot of money to make a record that no one will buy. [Instead], she said she’s on a mission to stay on the stage and sing,” said Davis.