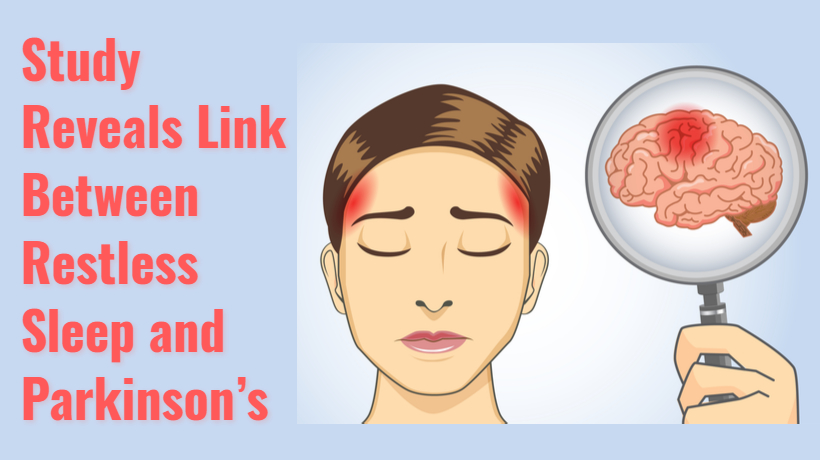 Are you a restless sleeper? Do you consistently flail your arms and kick in your sleep? Researchers from Aarhus University and Aarhus University Hospital have found that these sleeping habits can be a sign of a disorder associated with diseases of the brain.

The National Institute on Aging cites Parkinson’s disease as a brain-degenerative disorder caused by a lack of dopamine in the brain, and is characterized as shaking, stiffness, and difficulty with balance, coordination, or movement. The disorder is typically more prevalent in men than in women, and for most people, symptoms begin to show around 50-70 years of age.

Patients who suffer from RBD sleep disorder, or Rapid Eye Movement Sleep Behaviour Disorder have been found to exhibit altered blood flow in their brains. Alterations in brain blood flow can cause a lack of oxygen in the brain tissue, which can lead to long term issues like Parkinson’s.

Simon Fristed Eskildsen, a head researcher on the study, explains, “We believe that the same disease processes that cause disrupted sleep also affect the ability to control the blood flow in the brain, which can lead to a lack of oxygen in the brain tissue. Over time this will gradually break down the brain tissue and cause symptoms that we see in Parkinson’s disease.”

The new study, which examined 20 RBD patients between 54-77 years of age, found that these patients suffer from a lack of dopamine and a mild form of inflammation in the brain that were also linked to other disturbances in the cerebral cortex. The flow disturbances affected other cognitive performances, including language comprehension, recognition, as well as visual construction, says Nicola Pavese, the author of the study.

With this knowledge in mind, further research is being done to determine if the inflammation and reduced blood flow can deteriorate the brain over time, and if Parkinson’s can be predicted in individuals with RBD.