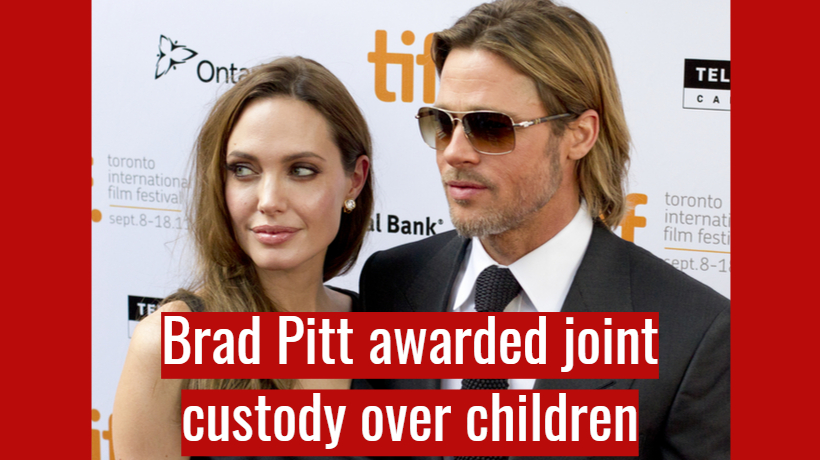 Brad Pitt, 57, has been granted joint custody of his children with ex-spouse Angelina Jolie, 46. Jolie, who filed for divorce over four years ago, has been fighting tirelessly for sole custody of their five children: Pax, 17, Zahara, 16, Shiloh, 14, and Knox and Vivienne, who will both turn 13 this July. Their eldest child, Maddox, 19, will no longer be a part of the custody battle.

A source close to Pitt told PEOPLE magazine that he has “always wanted what is best for the kids, and to spend time with them.”

Jolie and Pitt’s children never testified in court, but were apparently “heard” by the judge. Decisions were ultimately made from testimonies that came from witnesses and experts who have been with the kids.

It is not known if the custody grant is to be binding, as nothing has changed in terms of legal, official custody.

As Jolie will continue to fight for sole custody, a source recently shared that Jolie does not object to the joint custody, but rather “other issues of concern, but the court proceedings are closed and sealed.”

Although the reason for the couple’s 2016 split has never been publicly disclosed, Jolie has stated that the judge “failed to adequately consider” a portion of a California code addressing custody and domestic violence. The actress is moving forward with appealing the decision.