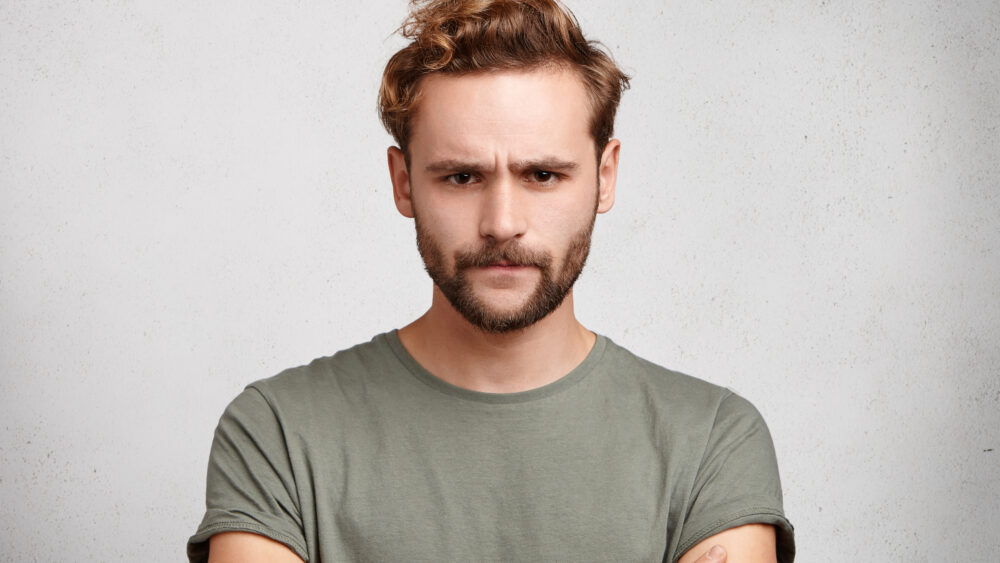 Women have long teased their partners for being ‘on their period’ when they are disagreeable or irritable, but according to psychotherapist Jed Diamond, PhD, who wrote The Irritable Male Syndrome, there might be some truth behind the claim.

In the article on YourTango, Diamond explains that men go through testosterone changes daily, monthly, and seasonally, and can suffer symptoms of a condition called ‘Irritable Male Syndrome,’ or IMS.

Diamond, who has 40 years of clinical research under his belt, defines Irritable Male Syndrome as “a state of hypersensitivity, frustration, anxiety, and anger that occurs in males and is associated with biochemical changes, hormonal fluctuations, stress, and loss of male identity.”

Similar to women on their periods, men tend to suffer low moods and aggression as their testosterone level drops. This happens on a monthly cycle, much like it does for women, meaning men can track it much like women can –– however, men’s cycles don’t sync with each other’s in the same way women’s do.

And not only do men experience a monthly cycle, but a yearly one, as well. According to Diamond, male testosterone is generally highest in November, and lowest in April.

While women tend to reach for pain medication and chocolate to ease their PMS symptoms, the cure for IMS might be as simple as managing stress. Diamond says that the more stress in a man’s life, the more his testosterone level will drop, and the worse his IMS will be. Weight is also a big factor; the more fat a person has, the more estrogen he or she will have. That means that larger men will have less testosterone and more estrogen — resulting in an amplified man period.

Men aren’t excused from their own form of menopause, either! Between the ages of 40 and 55, men go through andropause, which often results in unpleasant physical, sexual, and emotional symptoms.
Their ordeal might not be the same as uterine shedding and cramps, but men do have their own time of the month. Next time your partner is having an off day, keep in mind that their cycle might be to blame. Maybe an ice cream-and-movie-night-in is in order!