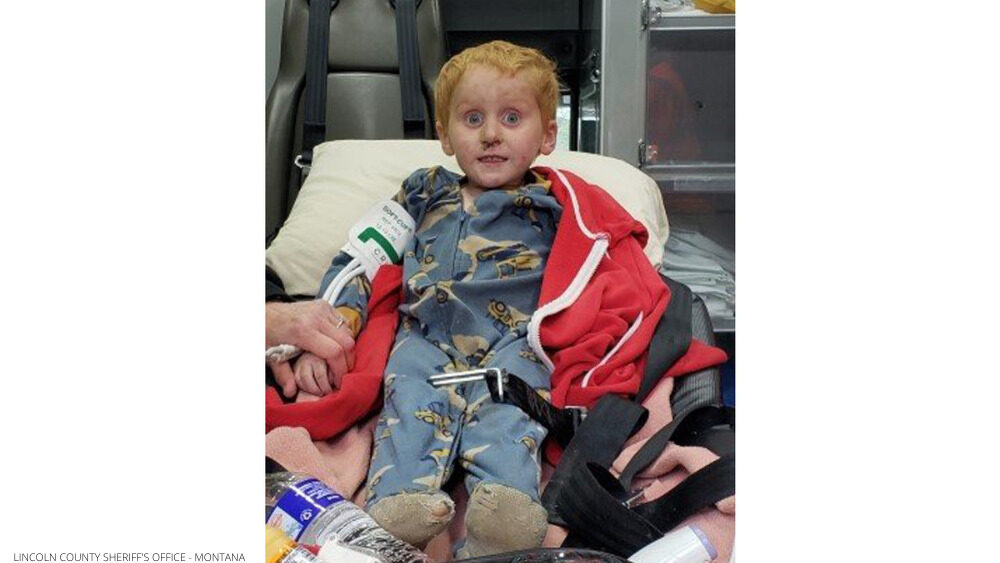 3-year-old Ryker Webb has been found alive and well after going missing near his home in Montana, according to a story in PEOPLE.

Though the boy was “hungry, thirsty, and cold,” he appeared to be “in good spirits and apparently healthy” when he was found Sunday, two miles away from his home on Pine Ridge Road off South Fork Bull River Road in Sanders County, the Lincoln County Sheriff’s Office confirmed.

Before his disappearance, Ryker Webb was seen on Friday “playing with the family dog in the yard outside the home” on the east side of Bull Lake near the 18 mile-marker on Highway 56.

After the child was found, a Bull Lake Volunteer Ambulance transported him to Cabinet Peaks Medical Center to be evaluated by doctors.

One deputy reported that “he was very, very scared.” The fact that Webb was found relatively unharmed was incredibly lucky—the Montana wilderness is known to host a plethora of carnivorous animals, including mountain lions and bears. In addition, there were severe thunderstorms the night Webb went missing, and the temperature dropped down to the 40s.

Webb ended up taking shelter in a family’s cabin, which is where he was later discovered when the family went to check on their cabin.

“They heard a little boy’s voice from the shed out back where they keep a generator,” one deputy said. “So they went to the shed and there he was.”

When questioned about the reason behind his disappearance, Ryker Webb said that he had just wanted to go for a long walk by himself and then he got tired.

”Little Ryker is very interested in bugs and insects,” a detective said. “As ground searchers walked up the trail behind his house, they could tell that some rocks had been freshly turned over like a kid would do if they were looking for bugs.” It’s likely that on his walk, Webb got distracted looking for bugs and hadn’t realized how far he had gotten from his house until it was too late.

Webb has since been discharged from the hospital, but authorities are still looking into why Webb’s parents waited “2 hours” to report him missing.

“We’re still looking into why he disappeared, and why he wasn’t being watched closely,” authorities report.

Thanks to an expansive search and rescue team involving a “steady presence of ground searchers and ATVs, several drones and dog teams,” Ryker Webbs is now safe and back with his family.