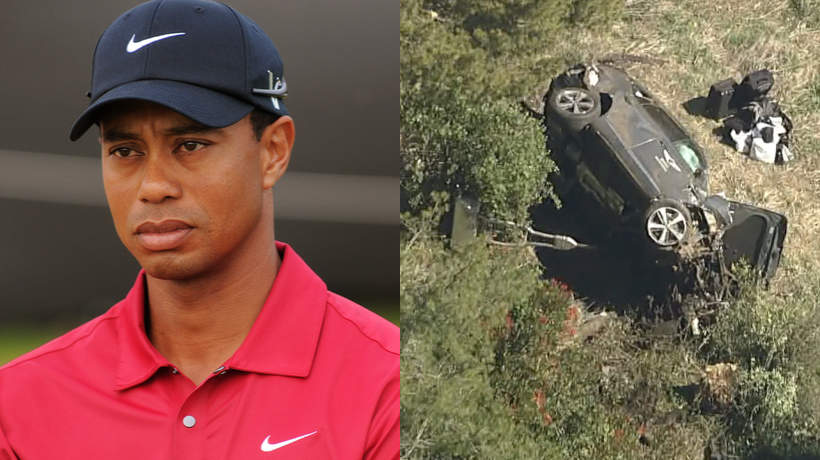 Tiger Woods was going as fast as 87 mph in the California crash that nearly killed him — and smashed into a tree that sent him airborne at 75 mph, officials said Wednesday as they revealed more details about the February wreck.

Woods will not face citations or charges for speeding in the 45 mph zone, Los Angeles County Sheriff Alex Villanueva said at a press conference.

Woods clocked between 82.02 mph and 86.99 mph in his loaned Genesis GV80 during the Feb. 23 crash in Rolling Hills Estates — and the data recorder inside the SUV showed zero evidence of any braking.

“The cause of the collision was the speed and inability to maintain the roadway,” said LA Sheriff’s Office Capt. James Powers.

The 45-year-old suffered severe injuries after the SUV struck a raised median, crossed through two oncoming lanes and uprooted a tree on a dangerous downhill stretch.

According to the Post, investigators did not seek to collect blood samples from Woods to screen for drugs and alcohol. In 2017, Woods checked himself into a clinic for help dealing with prescription drugs after a DUI charge in his home state of Florida.

On Wednesday, Villanueva defended his agency’s investigation of the crash, saying Woods didn’t receive special treatment. He said there was no probable cause to test Woods’ sobriety at the time.

“There were no signs of impairment,” the sheriff told reporters.

Investigators also did not check to see if Woods was texting at the time of the crash, Powers said.

A witness who was first on the scene just outside Los Angeles said he found Woods unconscious in his mangled SUV. But a sheriff’s deputy said the athlete later appeared to be “calm and lucid” and able to answer basic questions.

“He was kind of dazed and confused, being in a state of shock,” Powers said Wednesday of Woods’ state when authorities found him.