Tim McGraw Hit "Bottom" and Faith Hill helped him get back up! 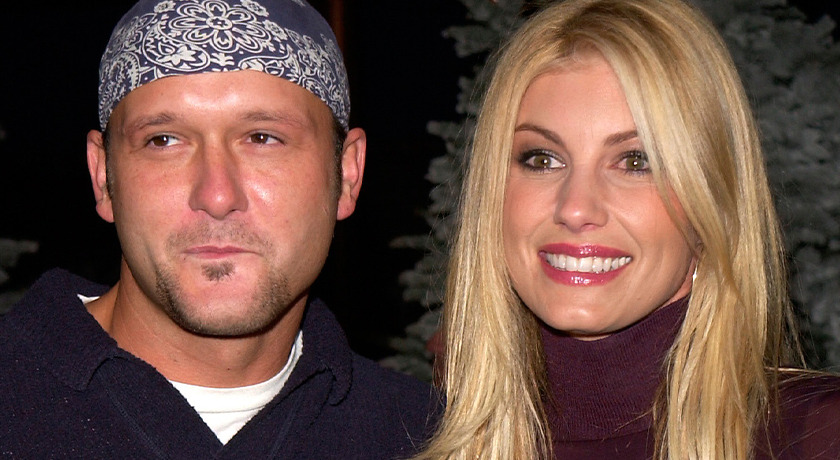 The country music star Tim McGraw has been sober since 2008, and reflects on how his wife, Faith Hill, helped him find the strength to do it.

The couple met in 1994 and went on tour together, and were married in October of 1996, according to USA Today. They share three children together.

McGraw, who labeled whiskey as his drink of choice, mentions that he had difficulty limiting the amount he drank and knew the habit was getting to the point where it negatively affected his relationships, and got in the way of “things I wanted to accomplish in my life.”

“I remember a moment when I was getting out of bed and going to the liquor cabinet and taking a big shot at 8:00 in the morning and thinking, I have to wake the kids up,” he said, referring to daughters Gracie, 24, Maggie, 23, and Audrey, 19, whom he shares with Hill, writes People.

That sudden self-awareness led the three-time Grammy winner straight to Hill, his wife of over 25 years, for help. His wife showed him that “love could feel so good” according to McGraw, who said she hugged him as soon as he came to her, giving him the support he needed to begin his journey to sobriety.

“When your wife tells you it’s gone too far, that’s a big wake-up call,” McGraw recalled in Taste of Country. “That, and realizing you’re gonna lose everything you have. Not monetarily, not career-wise, but family-wise.”

The country singer began to focus more on his health after sobriety, working out twice a day and sticking to a strict diet.

“I’ve gone through a physical transformation in the last 10 years, but it’s not just my appearance that has changed,” McGraw told People in 2019. “My mind is clearer, my sense of purpose is sharper, and my relationships are deeper. Consistent physical exercise helps me bring focus to my life and to the people who mean the most to me.”