Toddler Wakes from Coma After Tick Bite: How to Spot This Deadly Disease 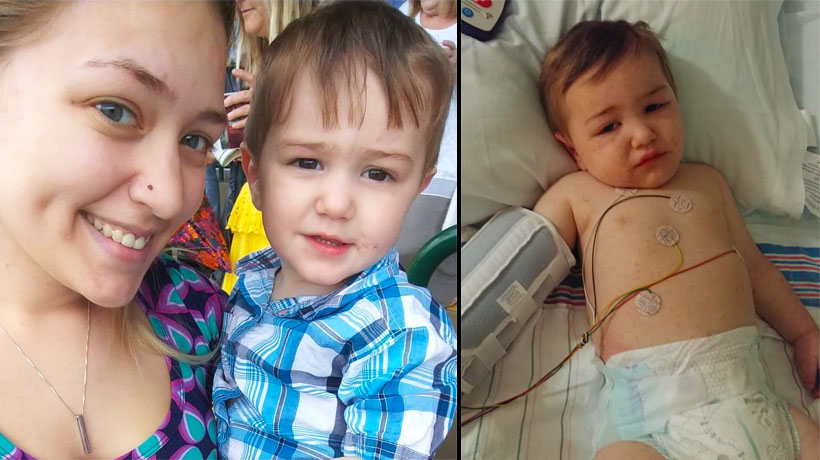 Last week, Kentucky mother Kayla Oblisk experienced every parent’s greatest fear when her one-year-old son Jackson slipped into a coma after contracting a deadly disease. The problem began when the boy was bitten on the neck by a tick during a trip to the Mount Washington City Park with his grandfather, says the New York Daily News. Thinking nothing of it, the grandfather pulled the tick off and continued on their way. Shortly after, however, Jackson began running a fever and developed light pink spots on his body.

A doctor told Kayla that her son simply had a viral rash that would go away on its own. Instead, the condition got worse. Jackson stopped eating and drinking, and his fever skyrocketed to 105 degrees. His body pains became so severe that he screamed whenever someone touched him. Kayla rushed her son to Norton Children’s Hospital, where he slipped into a coma and fought for his life throughout the next week. The diagnosis? The extremely rare and potentially deadly Rocky Mountain spotted fever.

What is Rocky Mountain spotted fever (RMSF)?
Rocky Mountain spotted fever (RMSF) is a bacterial disease spread through the bite of an infected tick. Affecting around one in every 20,000, the disease is spread by several species of ticks in the United States, including the American dog tick, Rocky Mountain wood tick, and, in parts of the southwestern United States and Mexico, the brown dog tick. The most commonly reported cases occur in North Carolina, Tennessee, Missouri, Arkansas, and Oklahoma.

While Jackson Oblisk was properly treated and able to awaken from his coma just in time for his second birthday, that is not the case for all who come in contact with the disease. In fact, the Centers for Disease Control and Prevention (CDC) calls RMSF “one of the deadliest tick-borne diseases in America.” Jackson’s mother was informed by doctors that death usually occurs around day eight of the disease if left untreated, as the organs begin to fail. She had gotten Jackson to the hospital on day seven – just in time to save his life.

How to spot RMSF
Early signs and symptoms of Rocky Mountain spotted fever are not specific to RMSF, but can be strong indicators of the disease if you experience them after getting bitten by a tick or being in areas where ticks commonly live, such as the woods. The most common sign of RMSF is a red, splotchy rash with dots that resemble pinpoints. While almost all patients with RMSF will experience a rash, it usually only develops after two to four days with the illness, making the disease difficult to diagnose. Other symptoms include fever, headache, nausea, vomiting, stomach pain, muscle pain, and lack of appetite.

Patients who recover from severe RMSF may be left with permanent damage, including amputation of arms, legs, fingers, or toes (from damage to blood vessels in these areas); hearing loss; paralysis; or mental disability.

The CDC recommends wearing insect repellant, checking for ticks, and showering within two hours of returning from an outdoor wooded or grassy area to minimize the risk of contracting a tick-borne disease. For tips on how to avoid contracting RMSF or other tick-borne illnesses, check out the CDC’s guidelines for prevention on their website. If you are experiencing these symptoms, you should get to a doctor immediately.  No one should have to go through what Kayla Oblisk and her little son Jackson experienced.