Unmask a Hidden Narcissist By Recognizing These 4 Things 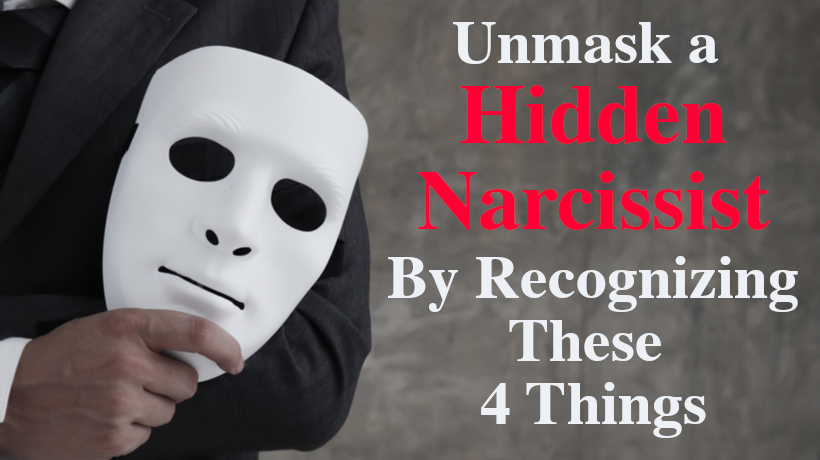 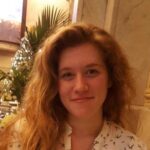 According to the Mayo Clinic, narcissism is “is a mental condition in which people have an inflated sense of their own importance, a deep need for excessive attention and admiration, troubled relationships, and a lack of empathy for others.” It can be difficult to identify these traits in others, even if they are close to you. This is the difference between what is known as “overt” and “covert” narcissism. It’s important to keep your eye out for these symptoms in those around you, so you can protect yourself and them.

Here are four behaviors of a hidden narcissist:

Our general assumptions about narcissists are that they are extroverted and attention-seeking. This isn’t always the case. Mental health professional Jodi Clarke, M.A., states “Both covert and overt narcissists navigate the world with a sense of self-importance and fantasizing about success and grandeur.” However, because some narcissists are more quiet or introverted, it can be harder to understand that they are still displaying classic signs of narcissism. If someone is introverted and resists group invitations with arrogance, it might be a sign of narcissism.

They always ask for something in return.

We all know someone who’s always wondering what they get in return if they do someone a favor. This is a classic tactic of the hidden narcissist. This is because they can look like they care about helping someone when really their end goal is still caring only about their own success. Suzanne Degges-White, Ph.D., states “narcissists give gifts that ideally keep the recipient’s devotion or allegiance to them going strong. Specifically, narcissists give gifts with an eye to maintaining a relationship with the giver and to maintaining control in that relationship.” Be wary of someone who will only do people favors if they get something in return.

They are apathetic without being mean.

It’s best to give those around you the benefit of the doubt. That’s why people often make excuses for those displaying signs of covert narcissism. Clarke states covert narcissists “may appear kinder and less obnoxious than their extroverted counterpart,” however, “they are not emotionally accessible or responsive either.” So, instead of pushing you aside or being blatantly disrespectful, the hidden narcissist is apathetic and generally might be considered aloof.