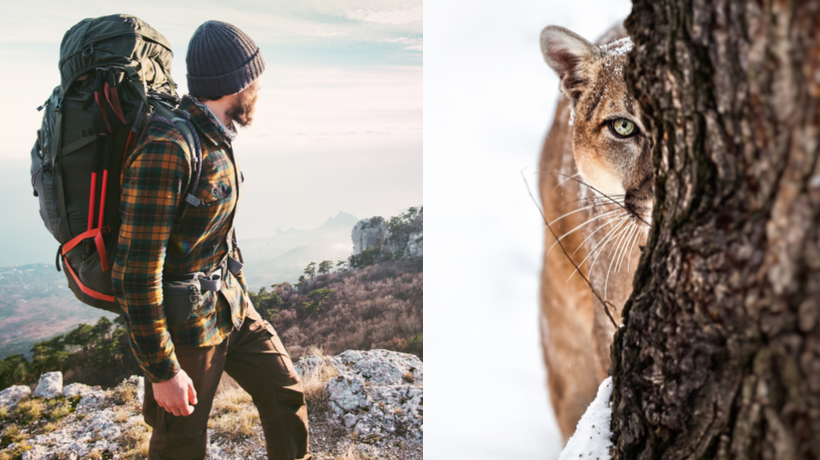 A Utah man was stalked by a cougar for SIX minutes on an evening jog. The video below is chilling. Thankfully the man survived and it can be a little funny hearing a man yell “DUDE” to a mountain cougar.

The video was captured by Kyle Burgess near Slate Canyon Trail in Provo, Utah. Burgess recorded the encounter while cursing under his breath. He encountered a few cougar cubs but then moments later, came face to face with the mother.

As soon as Burgess knew that he was being stalked by the mama cougar, his survival instincts kicked in. Slowly backing away so as to not scare the mother to pounce on him, he gingerly ran off. However, the mother was still hot on his trail for about another six minutes.

Burgess told Good Morning America, “I came upon the cubs, and that’s when I obviously pulled out my phone, to take pictures of wildlife.” Once he realized the mother was around and she was a mountain lion, he ran as she started chasing after him.

To try and scare off the feline predator, Burgess used foul language, but to no avail. He shouted at the mother to “go away” and even told her (or himself) that he’s “big and scary.”

The mother lunged at him several times but eventually fled when he threw a big rock at her.