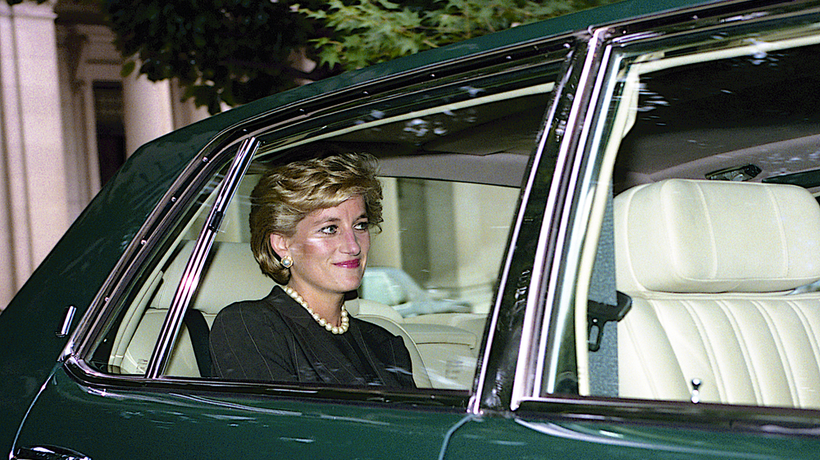 Princess Diana of Wales’ 1995 interview with journalist Martin Bashir was incredibly controversial. It was one of the most anticipated interviews of the year that almost 23 million people tuned in to watch on Nov. 20, 1995. Now, looking back, people are wondering how the journalist was able to get a sit-down interview with the late princess in the first place.

Prince William, who has made it known his dislike for the media, stated, “It should help establish the truth behind the actions that led to the Panorama interview and subsequent decisions taken by those in the BBC at the time.”

The investigation has surfaced due to allegations from Earl Charles Spencer — Princess Diana’s late brother. It has been speculated that Bashir forged a couple of bank statements to show a member of his security team receiving money into his bank account for sharing private information about the late princess.

According to The Guardian, the internal inquiry, as initiated by Tony Hall had concluded that “Bashir was a fundamentally honest individual who “wasn’t thinking” when he asked for the bank statements to be mocked up.” According to Daily Mail, however, Bashir has been accused of “spreading lies about Diana’s friends and staff to win her trust, in addition to showing her faked bank statements and even telling her the security forces were planning to kill her.”

In the same investigation, Hall had told the BBC that the original graphic designer who had forged the bank statements would never work for the BBC ever again.

The late brother had admitted in a Daily Mail interview that if it weren’t for those forged bank statements, he would not have introduced the journalist to the princess.

Princess Diana did not do the interview for these reasons. Instead, it was recently discovered that the BBC had “received a handwritten note from Diana herself in which she made clear the fake documents were not the reason she had chosen to do the interview.”

The Princess, it has been noted by her close friends and peers, that she had regretted doing the interview even before it started. In a recent interview with Astrologer Debbie Frank, Frank had told Daily Mail that the princess had called her one hour before the interview would air, voicing her doubts about being so openly public about her divorce with Prince Charles.

According to Daily Mail, “She made the call despite realizing it was too late to stop the interview being aired, said Debbie, who added that the princess only calmed down when she saw polls that showed the public had reacted well to it.”

Even during the interview, the late princess revealed that the media’s attention and her willingness to comply were betrayed.

Princess Diana had always assumed that her husband, Prince Charles, was the one who would get the most media attention, given that he was involved in his charitable works and spent his free time volunteering.

However, the media was much more focused on her and this brought bad blood to her relationship. Her husband did not like being second-best in the media’s eyes to his wife.

The jealousy had led the couple to decide to do separate media interviews so Prince Charles could garner some attention.

Princess Diana found herself working with those who were much less fortunate — drug addicts, alcoholics, and others who were rejected by society until her pregnancy with Prince William and subsequently Princes Harry.

She suffered from post-natal depression and the media had turned this normal experience into an ordeal. They, as well as her in-laws, had called her crazy and unstable, which did not help her mental health at all. Alongside depression, she also suffered from self-harm and bulimia.

“People see it as crying wolf or attention-seeking, and they think because you’re in the media all the time you’ve got enough attention,” she said.  “But I was actually crying out because I wanted to get better in order to go forward and continue my duty and my role as wife, mother, Princess of Wales.”

Her life looked great on camera, but behind it all, she was suffering. She was not allowed to “grow” in a sense. She noted to Bashir that she was not really allowed to have more interests other than those that her husband had seen with her when they first started going out at the tender age of 18.

Underneath it all, her marriage was falling apart. She had told Bashir, in her most famous quote,  “I take some responsibility that our marriage went the way it did. I’ll take half of it, but I won’t take any more than that, because it takes two to get in this situation.”

Her family had, in a sense, isolated her from the family image. In 1992, a flirtatious phone call between Princess Diana and her friend, James Gilbey, had been leaked to The Sun.

To this, she responded, “The transcript was published to harm me in a serious manner, and that was the first time I’d experienced what it was like to be outside the net, so to speak, and not be in the family.”

After her split with Charles, she knew that the royal family was out to get her. However, she was going to be strong and independent. She would not cease from the limelight all too quickly.

“ I’ll fight to the end, because I believe that I have a role to fulfill, and I’ve got two children to bring up.”

She and Bashir went into detail about how she broke the divorce news to her sons, whether she thought if her son or her husband would be/should be King, as well as her own affair.

Bashir closed the interview by asking the princess why she had agreed to the interview. The princess noted that the media’s perception of her was rather “confusing and turbulent.”  She had wanted to clear some air and let everyone know she was okay.

“I want to reassure all those people who have loved me and supported me throughout the last 15 years that I’d never let them down. That is a priority to me, along with my children.”