Who’s on the Other Side of the Screen? 5 Ways to Spot a Catfish Romance Con 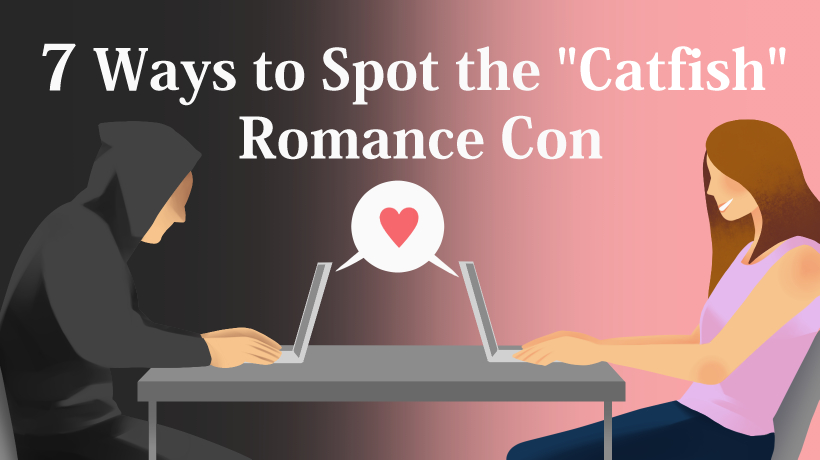 With the steady increase of dating websites and apps, it’s becoming incredibly popular to meet your significant other online. In fact, about 40 million Americans use some form of online dating, according to online dating giant eHarmony.

Technological advancements have given us the opportunity to connect with anyone, anywhere, at any time. But with this ever-expanding network (six degrees of separation has become four, thanks to Facebook) comes the prospect of deception. Save for photos, which can be stolen or doctored, and video chats, which can be manipulated with free software, there’s no real way to tell who you’re talking to on the other side of the screen.

This can lead to everyone’s worst dating fear: becoming the victim of a catfish.

What is catfishing?
A catfish is someone who creates a fake profile on a social networking account, usually with the aim to deceive a specific target. The act of catfishing someone, or actively deceiving someone using another’s identity, is usually employed as a romance scam on dating websites. Catfishing may be used for financial gain, to compromise a victim in some way, or simply as a form of wish fulfillment for the catfisher.

Five ways to spot a catfish
According to the Better Business Bureau, over 5,600 romance scam complaints were submitted to the FBI in 2011, with collective losses totaling more than $50 million. It’s safe to say that the number has probably increased since then. While a catfish isn’t always after your money, it’s still important to be able to spot them so you can avoid their ulterior motives altogether. Here are five ways you can spot a catfish con and avoid a digitally disastrous heartbreak.

Their social media isn’t very social
If you notice that their profile is suspiciously bare, this could be a sign that they are a catfish. Even the most infrequent social network users have some sort of proof that they’re a real person, like being tagged in friends’ pictures, or birthday posts on their wall. The number of friends they have can also be a red flag; someone with less than a hundred friends, or the same two “friends” posting on their page over and over could be a catfish.

They won’t Skype, FaceTime, or any other kind of video chat
Sending messages back and forth to someone for hours online can often feel like a real, deep conversation. The only thing missing is the face-to-face component, and with technology, that problem is easy to solve. If you’re constantly suggesting that the two of you video chat, but your online partner is always dodging the question or coming up with excuses, they could be a catfish. A webcam can only be broken for so long!

They disappear…a lot
Like the real thing, a digital catfish can be slippery and hard to hold on to. If you find that they tend to drop off the face of the earth for days or even weeks at a time, this could be a sign that there’s something else going on. They could be juggling other relationships or fake profiles, or still involved with a real-life ex (or current!) lover. Either way, their attention is clearly divided, and you might want to move on.

They look and sound too good to be true
Their pictures are perfect; they cure sick children by day and model on the weekends. Everything they write sounds like it came straight from a romance novel and makes you weak in the knees. They say they’ve never met anyone like you before, that they want to move to be with you, and that the only thing holding them back from diving head-first into love is their hectic work schedule and their broken-down car. Right. You could’ve magically stumbled onto every person’s dream partner…or you could be talking to a catfish.

They just give you that feeling
When it comes to online dating, it’s always best to trust your gut. While finding your significant other on the web has its perks, it can also be a scary situation. After all, there is a stranger who you’re sharing intimate details about your private life with; who knows what they’ll do with that information? If you have a strong feeling that the person you’re talking to isn’t who they say they are, or the research you’ve done on them isn’t rewarding, it’s probably best to let the relationship go. There are plenty of other non-catfish in the sea!

While these signs are not necessarily true for all romantic online connections (some people really don’t use social media often!), they’re pretty good indicators for most. Make sure to pay attention and do your research on those you’re considering getting involved with. The last thing you want is to be caught in a catfish’s net of lies.