Does Christian Bale really "credit" his Career to Leonardo DiCaprio? 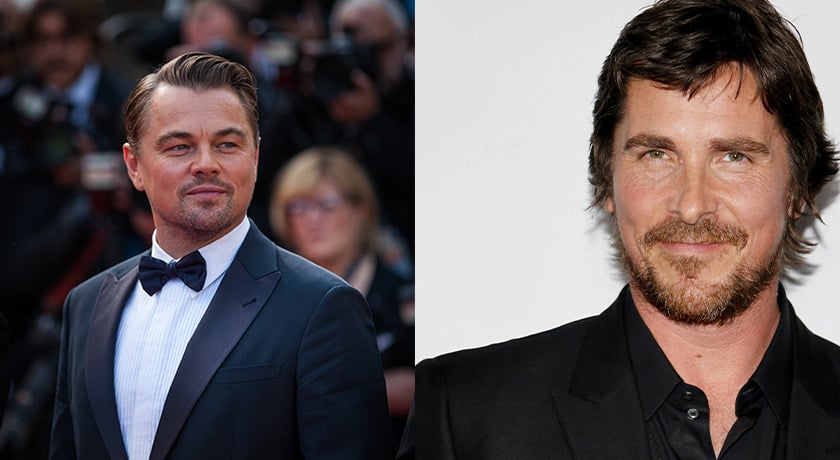 In a cover story for the November issue of GQ, Bale, 48, credited Leonardo DiCaprio for some of his own acting opportunities. When an actor like DiCaprio turns down a role, it leaves an opening for someone like Bale to come in.

One of Bale’s most iconic films, American Psycho, was reportedly linked to DiCaprio before Bale was cast in the starring role. It’s also possible that Bale has lost quite a few parts to DiCaprio as well, including one of DiCaprio’s most iconic roles, Jack Dawson of Titanic.

The Batman star doesn’t take the choices of casting too seriously, though. “Oh, dude. It’s not just me,” he said in E! News.…All those people that I’ve worked with multiple times, they all offered every one of those roles to him first.” Bale included a word of support for DiCaprio, adding, “And good for him, he’s phenomenal.”

But Bale has had his own share of successes. The Big Short star has been nominated for an Oscar four times, winning for his supporting role in The Fighter 2011. Despite all that, he doesn’t consider himself “a leading man,” according to People, saying he finds it boring, especially when other characters tend to have “more freedom.”

The actor mentions his dad inspired him to try acting,  Bale told GQ his dad had a very relaxed attitude towards his acting, and that his mindset was always positive. “Oh, no work? Potentially no work forever? All good. Hey, it’s all going to be alright,” the actor remembered, “So I think that definitely was the reason I have the attitude I do towards what I do now.”

Despite working in film and living in LA, Bale doesn’t consider himself part of the typical LA film scene. If his wife wasn’t from LA, they might not have even considered living in the City of Angels. Sibi Blazic, Bale’s wife, met Bale through Winona Ryder while she was working as the actress’ assistant, reports People. Bale and Ryder starred together in the 1994 film adaptation of Little Women.

Blazic eloped with Bale in January 2000, and the two have been together ever since. The couple had two children together, Emmeline, 17, and Joseph, 8. Bale mentioned that he couldn’t have played his roles so successfully without Blazic’s support.

“She’s had to be married to so many different characters over our marriage … I know it truly would be impossible to do it without her. She’s such a good, strong woman,” says Bale.