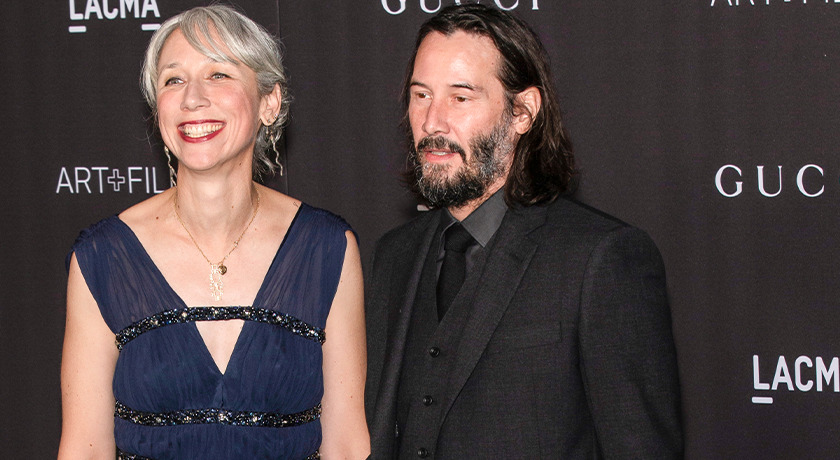 Actor Keanu Reeves recently announced his engagement to visual artist Alexandra Grant. The couple first made their public debut together in 2019, walking the red carpet for the LACMA Art + Film Gala. They had been dating for months, after knowing each other for years, claimed a 2019 article from People.

Grant and Reeves met through a collaboration on Reeves’ book Ode to Happiness, which Reeves wrote, accompanied by Grant’s illustrations. In 2016, they collaborated again for Reeves’ book Shadows, and founded X Artists’ Books the following year, a publishing company which focuses on books that are “works of art” and “fit within and between genres” according to the website’s mission statement.

X Artists’ Books is representative of Grant’s own past of fitting “within and between genres” as the artist grew up moving between a variety of places and cultures, including Mexico City, Washington D.C., and Paris, according to a 2019 interview with LA Weekly. Grant ended up in Los Angeles in 1995, and knew it was a community she wanted to be a part of. “There’s an incredible work ethic here,” she told LA Weekly. “Many people are creative and entrepreneurial. Having friends who are working hard practicing their crafts – whether it’s set design, publishing, or acting — is very inspiring.”

Grant was born in Ohio to two professors, and always knew she wanted to be an artist, though she prefers to think of the label “artist” as just another name for her curiosity. “I’m a 6ft 1in woman with white hair,” says Grant, who is aware that she doesn’t fit the typical LA mold, though she’s spent nearly three decades in the city.

The artist discussed her relationship with Reeves and an exhibition of hers in a 2020 Vogue interview, along with the pressure of being in a celebrity relationship. When questioned about the idea of marriage, Grant replied, “Love at every level is deeply important to my identity… I deeply value the experience of being in relationships.”

Her 2020 exhibition at Marfa consisted of three large images inspired by the myth of Antigone, available to view on her website. The Greek heroine’s famous quote, “I was born to love, not hate,” inspired her work, which seems especially relevant when looking back at her own relationship with Reeves, leading up to their 2022 engagement.