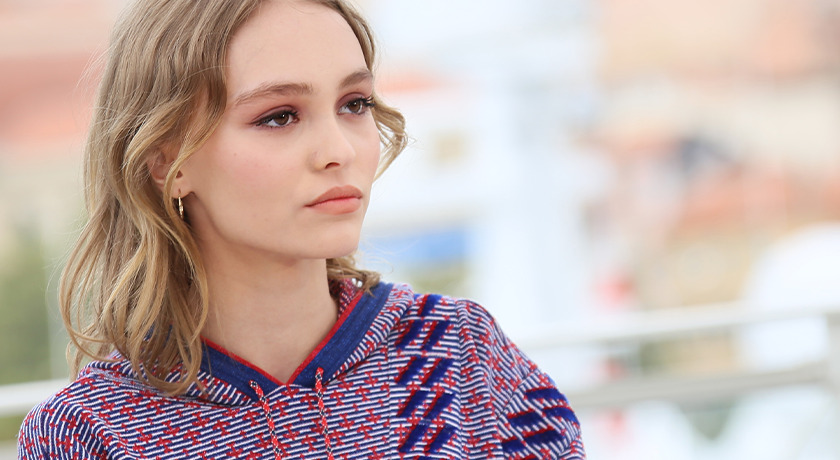 But Johnny told Daily Mail that the two of them are very close, says People. “She tells me everything — she’s not afraid to say anything to me. We’re super-tight and I’m very proud of our relationship. She’s a sharp kid and one of the smartest human beings I’ve ever met.”

Johnny Depp has two children, Lily-Rose, 23, and Jack, 20, whom he shares with Vanessa Paradis. The two siblings are quite close, and Johnny is openly proud of both of them.

“My boy Jack … draws really super well,” said Johnny, according to People. “He also plays music very well. He’s got a good feel for that.”

Jack tends to stay out of the spotlight, unlike his sister Lily-Rose, who is no stranger to fame. Besides having two famous parents, actor Johnny Depp and model, singer, and actress Vanessa Paradis, Lily-Rose is famous in her own right.

Both a model and an actor, Lily-Rose followed in the footsteps of her parents to become a celebrity, though she’s grateful that her parents “protected my brother and me from it [fame] as much as possible,” she told Elle. “I’ve just been raised in a manner that has taught me that privacy is something that’s important to protect.”

Lily-Rose says she didn’t feel obligated to speak out at her father’s defamation trial, which first began when she was 16, writes Elle. “At the end of the day, what really matters to me is what my family and friends and loved ones think of me.”

“When it’s something that’s so private and so personal that all of a sudden becomes not so personal…I feel really entitled to my secret garden of thoughts,” the younger Depp explained, writes CNN. “I also think that I’m not here to answer for anybody, and I feel like for a lot of my career, people have really wanted to define me by the men in my life, whether that’s my family members or my boyfriends, whatever. And I’m really ready to be defined for the things that I put out there.”