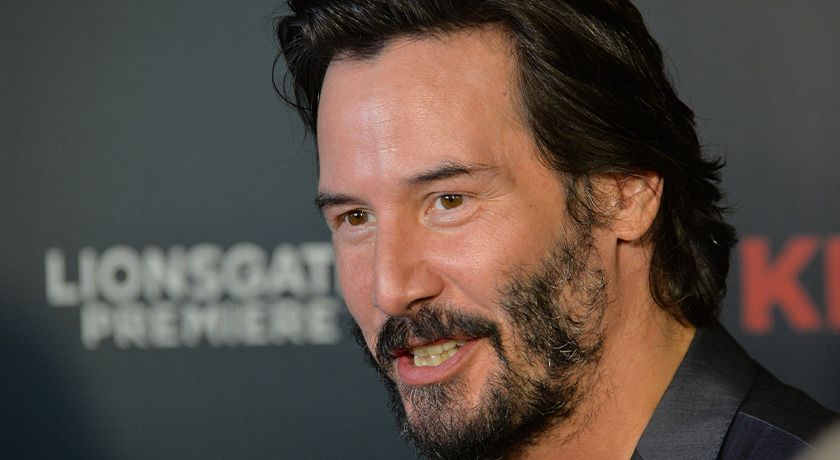 Keanu Reeves is known for being one of the kindest men in Hollywood.

His sister Kim suffered from leukemia, and Keanu recently stepped up to support Camp Rainbow Gold, a US nonprofit for children who have been diagnosed with cancer. He did this after their fundraising event was canceled during the pandemic.

Executive Director, Elizabeth Lizberg, explained to HELLO!, “At the height of the pandemic, when we had to cancel our largest fundraising event, we were so honored that Mr. Reeves stepped up and contributed a 15-minute Zoom chat for the online auction. His involvement helped us through a difficult year to continue to provide our programs…”

The actor’s kindness extends to simple day-to-day acts of service. In August 2022, Keanu surprised a newlywed couple in the U.K., showing up at their wedding reception after the groom happened to meet him in a nearby pub and invited him for the party.

The bride, Nikki, told Newsweek that her wedding photographer took plenty of photos of the couple with the “so kind and friendly” star. Keanu congratulated them and “took the time to speak to some of our guests,” who were left “a bit starstruck,” according to People.

The actor’s costars are equally enthusiastic about Keanu, says People. Sandra Bullock recalls mentioning to Keanu that she had never tried champagne and truffles. The two met on 1994’s Speed set, and quickly became close. After that conversation, Bullock remembers sitting at home painting her nails when Keanu’s motorcycle pulled up, she told Variety. He had brought her flowers, champagne, and truffles, and told her, “I just thought you might want to try Champagne and truffles, to see what it’s like.”

His generosity was evident once again when he gifted his team of stunt doubles personalized Rolex Submariner watches after wrapping John Wick: Chapter 4. Each watch had an engraved personal message, according to People.

Always patient with his fans, Keanu even took the time to answer questions and give an autograph to a young fan who was on a flight from London to New York City with him. Andrew Kimmel, a TV producer on the same flight, took the time to share the encounter on twitter, writes People.

Kimmel, who also took a photo with the Matrix star, reported that Keanu “could not be nicer…especially after an international flight,” adding enthusiastically that the actor “is a class act, and little moments like this can make such a big difference in people’s lives. We need more Keanus!”

His kindness towards his fans frequently goes viral. Once, he bought an ice cream cone just so he could sign the receipt for a 16-year-old fan. Reeves wasn’t even aware of his popularity online for his acts of kindness, he told People, and was surprised by the support.