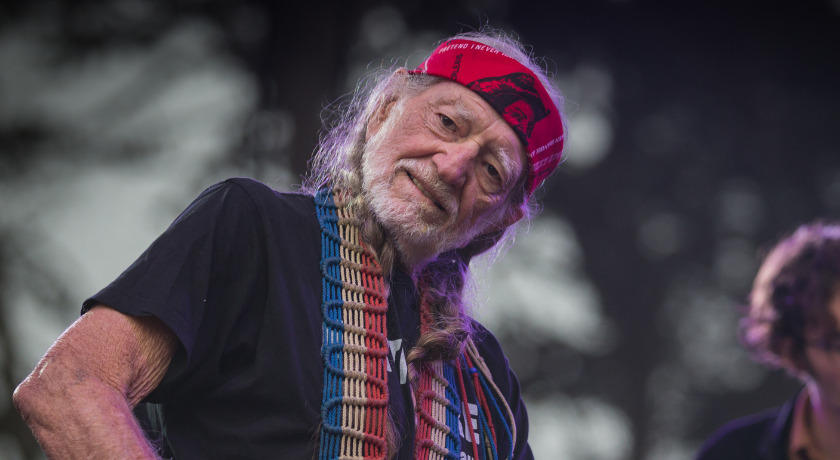 Willie Nelson turns 90 this April! To celebrate, he’s strung together a star-studded cast of musicians to perform at the Hollywood Bowl in LA for a two-day event on April 29 and 30. The show’s called “Long Story Short: Willie Nelson 90”.

Nelson’s official Instagram account posted yesterday the lineup for the show, which includes Neil Young, Grateful Dead’s Bob Weir, Beck, Chris Stapleton, Miranda Lambert, The Lumineers, Sheryl Crow, The Allman Brothers’ Warren Haynes, Snoop Dogg, and Willie’s sons Luka and Micah Nelson (AKA, Particle Kid), among many others, as well as more to be announced in the future.

Willie released a statement about putting together the show.

“I can’t think of a better way to spend my 90th birthday than being surrounded by family, friends and of course the fans who made this all possible,” Nelson said, according to Rolling Stone. “It’s an honor to perform with such an incredible group of artists at such an iconic venue.”

Despite his age, Willie has stayed fairly busy as of late, releasing a single just last week, coming out with an album in March, and even helping work on a five-part documentary about him and his family that’s to premiere at the Sundance Film Festival.

In his 60-year-long career, Willie has made many friends in the music industry. While artists like Warren Haynes and the Lumineers have taken to their Instagrams to celebrate the honor of playing at his birthday show, we can look back to when Willie and some of the other artists have been together in the past.

Just 2 years ago, Bobby Weir and Willie played together in San Francisco – Bobby’s hometown – for the Tipping Point Community, a non profit organization that fights homelessness and poverty in the Bay Area of California. Willie’s son, Lukas, tweeted a photo of the three of them after the show was over.

“Had a great show with Dad last night!” he captioned the photo. “We raised money for the @tippingpoint Community that helps homeless children in the San Francisco Bay Area. Our great friend, @BobWeir, even showed up to jam with us!”

Snoop Dogg and Willie have also expressed their friendship in the past, sharing similarities in…things other than music.

Snoop went on Sirius XM’s Let’s Go! With Tom Brady, Larry Fitzgerald, and Jim Gray, where he recalled spending a night with Willie in Amsterdam on April 20th one year where they played dominoes in his hotel room and partook in other recreational activities.

Being the connoisseurs both Snoop and Willie are, and despite the nearly 40-year age gap, Snoop said the country singer outdid him that night and he struggled to keep up. He kept going, though, because he didn’t “wanna show no signs of weakness!”

The rapper and country star have recorded two songs together, “My Medicine” and “Roll Me Up and Smoke Me When I Die”, both of which being covers of their own songs that they decided to collaborate on and re-release with each other.