Seeing Double?: The Cast of "Elvis" Discusses the Similarities Between Them and Their Real-Life Characters 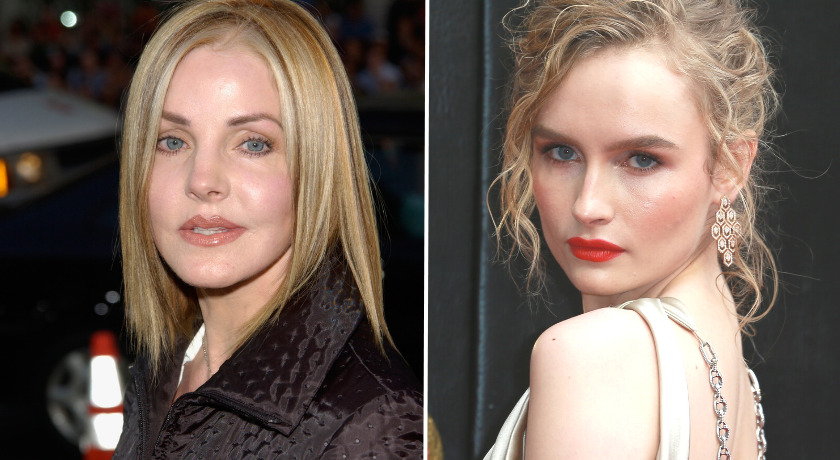 The stars of Baz Luhrmann’s Elvis bear remarkable similarities to the real-life characters they’re playing. Let’s take a closer look at some of those stars and hear what they have to say about the icons whose shoes they’re trying to fill.

Besides the blue eyes, full lips, and classic “smolder”, Elvis director, Baz Luhrmann claims that Presley and Butler share the same “spirit”. Butler has also noted that there is an emotional bond between him and Presley, as both lost their mothers suddenly, at 23-years-old. Butler’s audition for the role was performing Elvis’ “Unchained Melody”, while thinking of his mother. Baz Luhrmann was quoted asking, “Was it an audition? Or was he having a breakdown?” In any case, Butler snagged the role, and the rest is history.

In an interview with Collider, DeJonge said what most surprised her about Presley was, “Learning about her fire and her fiestiness. You know, with pretty girls in history–with beautiful women–we can often, you know, solidify them as sort of two-dimensional beings. And I that learning that about her… it brought breadth to my interpretation of her.” DeJonge extended condolences to Presley on Twitter, following the death of her and Elvis’ daughter, Lisa Marie.

B. B. King and Kelvin Harrison Jr.

Talk about a resemblance! Harrison Jr. might want to consult a genealogist to see if there is any blood relation between him and B. B. King. Also speaking to Collider, Harrison Jr. says what most surprised him from his research on his character was, “the friendship between B. B. and Elvis. I didn’t know about that, as well. And I was actually–that was very uplifting to me, very inspiring–to see that support of brother to brother, artist to artist.”

Tom Parker and Tom Hanks share little more than a first name; widely regarded as the “nicest guy in Hollywood”, Tom Hanks was initially attracted by the chance to get to play a villain, as well as how little the public knew about the real Colonel Tom. Still, despite having the freedom to build his own “Colonel Tom”, Hanks said that finding the right balance was difficult. “Playing Elvis is like playing Jesus, and it doesn’t really matter who plays Pontius Pilate because if you have a good Jesus, you got it,” Hanks says. “But the challenge for me, as well as the freedom, was having this engineered look every day. Because what you get from that is a suit of armor.”