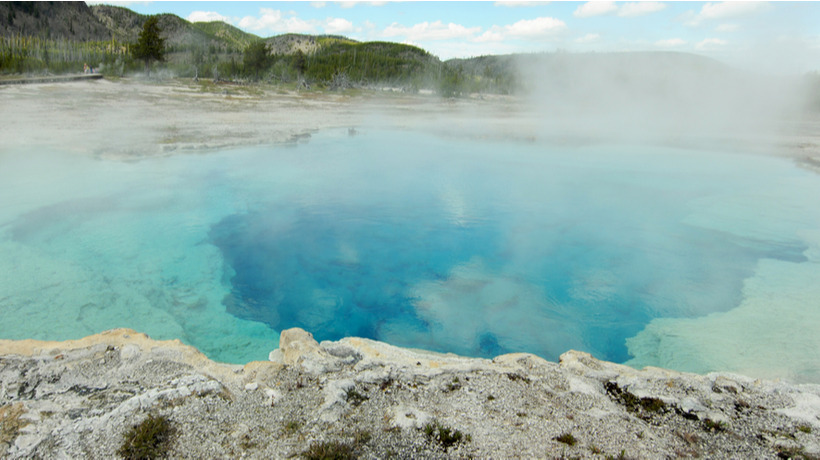 A 20 year-old Washington woman is in a coma with severe burns after jumping into a hot spring in Yellowstone National Park to save her dog earlier this week.

On Monday, Laiha Slayton was scalded in the Maiden’s Grave Spring while trying to save her dog from the hot spring water. Although she was only in the water for a few seconds before her father pulled her out, she still “suffered significant thermal burns from her shoulders to feet,” according to park officials. The puppy later died of its injuries, the park service announced.

The temperature at Maiden’s Grave Spring is around 200 degrees Fahrenheit, according to the National Park Service.

According to the GoFundMe page Slayton’s family organized to help for her medical expenses, 91% of her body is covered in burns.

“My sister’s palms are completely gone and will have to go into surgery and possibly for the rest of her body too,” sister Kamilla Slayton wrote on the campaign.

“The burns seem to be better than they had initially thought. She still has some 3rd degree burns, but mostly 2nd degree burns after they have got a better look at the skin today,” Kamilla added in an update. “This means that our dad pulled her out insanely fast. She’s incredibly lucky.”

Laiha’s father also sustained a minor burn from the spring, but is recuperating well.